Galliate, Italy -- (SBWIRE) -- 06/07/2012 -- As anyone who has read a newspaper or watched the evening news lately knows quite well, the world can be full of depressing stories. From wars and poverty to crime and corruption, it is easy to understand why so many people have decided to give up watching or reading about current events entirely.

But in reality, there is much more going on than the serious and dour stories that dominate headlines and news shows. Every day, there are funny, wacky, ridiculous and entertaining things happening all across the world.

From weird celebrity stories to interesting facts about different topics, there is a wide variety of information out there just waiting to be learned.

A new website has already been getting a lot of attention for its high-quality and well-written articles about odd and unusual funny stories filled with humorous and interesting facts.

CafeDodo.com features humorous and sarcastic posts about weird news that are a welcome break from traditional stories.

For example, most people are familiar with the incredibly popular website eBay. But what they might not realize is that celebrities have been known to auction off some pretty gross stuff—usually as a way to raise money for a good cause.

In the article “6 Weird (and Unsanitary) Celebrity Auction Items,” author Dwayne Hoover shares with readers a half dozen of the most memorable and unusual things that celebrities decided to post on eBay and other auction sites for the whole world to see.

Coming in at number 5, was a tissue that actress Scarlett Johansson had used while appearing on Jay Leno.

“During the interview, Johansson mentioned she had caught a cold, so Leno handed her a tissue, and she promptly blew her nose into it. Twice,” Hoover wrote, adding that Johansson also told Leno that she had caught her cold from co-star Samuel L. Jackson, which made it even more special.

“Now containing snot as well as some of her lipstick, she threw the tainted tissue in a bag, signed it and put it up for auction on eBay, because if there’s one thing we can’t get enough of from celebrities, it’s communicable disease.”

The used tissue sold for a whopping $3,500, which was donated to USA Harvest, a charity that helps provide food to those who need it.

About CafeDodo.com
CafeDodo.com is a new website that will publish a collection of high-quality articles about funny, weird, and interesting facts and events. From celebrities and sports to religion and more, no topic is off limits in the humorous and often slightly sarcastic articles. For more information, please visit http://www.cafedodo.com 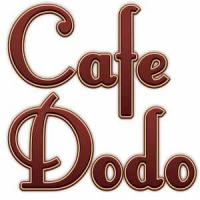