International Culinary Center Inducted Into the Culinary Hall of Fame 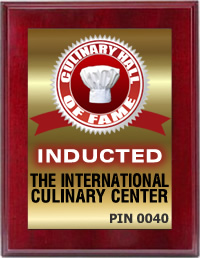