Nishinomiya, Japan -- (SBWIRE) -- 08/19/2015 -- Award winning author, illustrator and film maker, Darryl Knickrehm, announced the launch of his Kickstarter campaign to finance the first printed trade paperback version of his new graphic novel, "The Immortal". A total of four trade paperbacks will be released beginning in January 2016 and represents the first U.S. release of the graphic novel.

"If Star Wars was a comic about Boba Fett, written by Frank Miller and drawn by Moebius, it might look a little something like this," said Knickrehm.

The graphic novel will be published by Waylines Media and the Kickstarter campaign will fund the set-up of the print series and its website, ISBN fees, printing costs and promotion. In addition to the trade paperback run, "The Immortal" will also be released digitally in eight issues beginning in October 2015. Each will be approximately 56 pages, completed in black and white, and available in PDF format.

"The Immortal" is a combination of hard-boiled mystery and sci-fi manga in an out-of-this-world adventure. Z is the last human in the universe and doesn't care, though he's seeking to unravel the mystery of his own past. Z is a bounty hunter who can't remember much beyond yesterday because he's caught in a never-ending cycle of death and regeneration that's ripping holes in his memory.

Z takes one last job to extricate him from the business and wakes in the regeneration chamber with the certain knowledge that something is horribly wrong, but with no memory to guide him. As he attempts to avoid prior mistakes, he uncovers a vast conspiracy about the demise of the human race. The knowledge leads him to new worlds, encounters with dangerous aliens, and to finally care about his own existence.

Knickrehm is offering a variety of special items for contributors who help the project to fruition. Depending upon the contribution amount, rewards range from a digital issue of Z's first adventure and a copy of the first trade paperback to the complete story of "The Immortal". Other incentives include a special 10-page Zero Issue, limited edition concept art print, and original concept art packs.

The launch of the Kickstarter campaign by Knickrehm provides anyone who enjoys good storytelling and world-class artwork with an opportunity to contribute to a project destined to become a classic. Stellar rewards await those who want to be a part of "The Immortal" and journey with Z into the unknown. The campaign runs from August 14 to September 13.

For more information, visit "The Immortal" Kickstarter page or contact Knickrehm at Dariru.com

About Darryl Knickrehm
Originally from the U.S. and now living in Japan, Darryl Knickrehm is a prolific author, illustrator and award-winning film maker who is the co-founder and co-editor of Waylines Magazine. He co-founded and produced the Kansai International Film Festival for the Osaka Prefectural Government. Knickrehm has penned numerous scripts, short stories and novellas, produced a variety of short films, and created hundreds of illustrations. In 2013/2014, he was a finalist three times in the Illustrators of the Future contest. His screenplays have been finalists in the Beverly Hills Film Fest, the Big Bear International Film Festival, and Creative World Awards. He maintains a presence on Facebook, Twitter, Dribble and Flickr 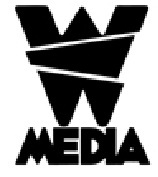