Southbury, CT -- (SBWIRE) -- 05/08/2012 -- Eric Louviere quit his $97,000 job six years ago because he was making twice as much by marketing on the internet in his spare time. The most interesting part is that he was able to do this during the greatest economic recession in modern history. To celebrate his sixth year in business, Louviere has launched X2Formula.com with partner Mike Brooks to give back to the Internet Marketing Community.

The website offers free training for anyone interested in learning how to become an Internet business owner and make money online. As successful as he has become, it wasn’t always easy. Working for an advertising firm in Houston, Texas, Louviere never thought making money online from an Internet business was far fetched. He attended a local seminar and caught the bug. “I loved the idea of working from home,” explained Louviere. “Total freedom to do what I want, when I want, plus the opportunity to have a limitless income.”

Investing a great deal of his own money to build his Internet business venture without bringing in any income at all, Louviere almost shut the entire thing down on numerous occasions out of sheer frustration. Louviere credits his success to finally making money online by buckling down and getting really good at one thing; copywriting. “There are too many distractions online. We call it shiny object syndrome. You never stick to anything because you’re on to the next shiny object too fast,” says Louviere.

After a solid year of honing his craft in copywriting, he attracted the attention of some of the biggest names in Internet Marketing who hired him as a freelancer. Louviere became partners with one of his clients and launched a product called Job Crusher. Overnight, he became a millionaire marketer and was finally making money online. His Internet business was off to the races and he’s never looked back.

Fast forward to today; Louviere continues to build new business opportunities online while running Job Crusher with two new partners. Louviere’s newest Internet business with partner Brooks is already beating expectations. Eric is forecasting this new venture to be a million dollar per year business by 2013. And he is looking forward to another great six years and beyond.

About Eric Louviere
Eric Louviere is a full time, 7 figure Internet business owner residing in Austin, Texas. He is one of three partners on Job Crusher and recently launched a brand new business with partner Mike Brooks including X2Formula.com. For more information, call 888-708-9165 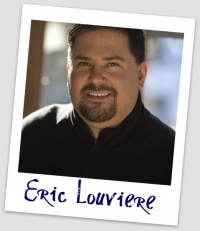