Just like fish are captured by a fisherman, Ion Power Group's patented technology captures naturally occurring ions in the air to produce high voltage clean renewable electricity, day and night. No pollution, no greenhouse gases, and no harm to birds or wildlife.

Because airborne ions are a naturally renewable resource, mankind will never run out of them. Air ions are atoms that have acquired an electric charge from nature, they exist right now in the billions high above your head. Ion Power Group has developed a way to harvest the air ion's electric charge to produce clean useable electricity.

Ion Power Group's mission is to improve the human condition and preserve the Earth by offering its technology across the world to produce clean, non-polluting electricity and hydrogen gas for all mankind.

It has been known by scientists for decades that our atmosphere is filled with vast quantities of electrified particles. Ion Power Group utilizes patented materials especially suited to couple or 'dock' with near-Earth airborne ions harvesting their high voltage electrical charge, day and night. Because ions are naturally renewable, they cannot be depleted. Ion Power Group's technology should not be confused with energy scavenging devices that harvest man-made power from radio waves or AC power lines.

Ion Power Group is accepting donations at http://bit.ly/1sVYn25 to build the world's first ion power plant based on their internationally patented technology developed and tested at their Florida proof-of-concept research site. They have proven that electricity can be harvested from ions in the air on a proof-of-concept scale. Now, the Ion Power team is ready to do it on a larger scale as a fully functioning green-energy power plant to be duplicated and expanded upon by governments and corporations around the world to provide clean, renewable electricity and hydrogen gas to mankind.

This ion power plant will serve as a worldwide showcase demonstrating how mankind can produce Earth-friendly electricity (and hydrogen gas from water), without pollution, carbon emissions or harm to wildlife, by harvesting the high voltage electrical power of naturally occurring ions in the air. It operates without fossil fuels, strong winds or sunlight. This internationally patented technology turns a new page in mankind's pursuit of clean energy. 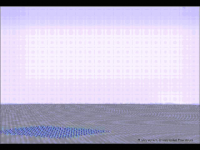 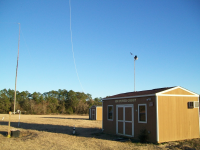 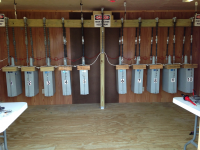