Project Boom is Available to Download Free for the iPad Today!

Project Boom is a puzzle game to push you and your touch device to the limit! Touch the bomb and throw it around the screen to blow up stars! The less bombs you use, the more points you get! But timing is everything! The bomb countdown stops when you touch it. But can you time your throw to have the bomb blow up when over the stars? This maddeningly addictive game will have you playing for hours trying to get that perfect score!

As the environment changes per level, your tactics will too. Use laser canons to reach those hard to get stars! Canons will help too, and no touch zones will hinder you. Can you get the top score on every level?

Project Boom has been created by Ventora Studios and has had some of the App Store's finest making games.

Each of these famous developers have already had great success on their own. By combining their talents Ventora Studios hopes to make the best games made games available!

"Ventora was formed upon the basis of wanting to make great games for the AppStore," commented Ventora CEO Max Beaumont.

"We thrive on making games that both engage and challenge our users to new heights. Our goal is to grow as an indie gaming company and make gaming experiences better than ever before for everyone!"

Ventora studios is a US based development company making games for Kindle, iPhone, iPad, Android devices and Mac computers. Formed in January of 2012 by Max Beaumont, the company consists of a 'who's who' of the AppStore community - joining forces to make better games for everyone.

The company's first game "Project Boom" is now available and is free for iPads everywhere. 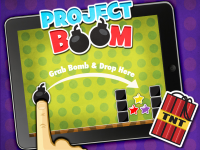 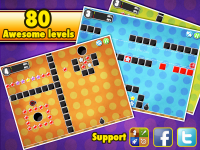 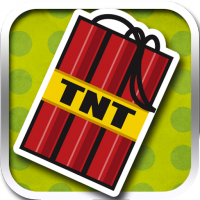