Apple has a line of high end smartphones, the iPhone. iPhone doesn’t come cheap and it will be the owners’ nightmare if this device was stolen or misplaced. Owners need not worry if ever their device was lost, misplaced or stolen for there’s an app that locates missing iPhones, the “Find my iPhone” app. Apparently, this app may also be the reason for owners to lose their beloved Apple device.

Long Beach, CA -- (SBWIRE) -- 05/30/2014 -- The device will not be physically lost; it will be locked - making the phone useless, until a ransom is handed to the hackers. iPhone owners in the UK and Australia woke up in awe seeing that their phones have been hacked and a ransom is demanded to unlock them.

Users have taken this incident to the official support forum on the Apple’s site and rant about the issue. Owners reported that all of a sudden, they saw a message on screen saying that they’ve been hacked and must pay a “ransom” that range from 50 to 100 Australian dollars (£55) for their devices to be unlocked.

User veritylikestea wrote on the Apple forum: "I went to check my phone and there was a message on the screen (it's still there) saying that my device(s) had been hacked by 'Oleg Pliss' and he/she/they demanded 100 USD/EUR (sent to the hacker’s PayPal account lock404@hotmail.com) to return them to me.

"I have no idea how this has happened. I am not aware of having been exposed to malware or anything else, although I did recently purchase some new apps - perhaps one of these has something to do with it? I don't know. I am not sure what avenue has been used to reach my devices."

Apple does not have an official statement yet about the issue, leaving where the security breach might have occurred unclear.

“More than likely, in Australia, there is a breach that has nothing to do with Apple,” Robert Siciliano, an identity theft expert with McAfee, told ABC News.

According to experts, the hacker that goes by the name “Oleg Pliss” is using the “Find My iPhone” app to send messages and lock the device. This is sad for the “Find My iPhone” app is actually the phone’s feature designed to discourage theft by letting the owners remotely shutdown and lock their smartphones. Unfortunately, the hacker exploited this phone’s feature to carry out his dark intentions.

It seems that iPhone owners’ headache does not stop there for hackers can also use iCloud credentials to “own the owner’s identity” and produce an exact replica of their devices, including videos, personal photos, emails and any other information backed up in Apple’s cloud service.

Experts advised the iPhone owners to immediately change their passwords and set up a two-factor identification for their Apple accounts.

The bottom line is that it is always wise to have different passwords to important accounts, this adds more security.

About iPhone Application Developer
iPhone Application Developer is an award-winning app design and development company that focuses on making an app with the utmost of quality. Their team has various qualities and skills that give them the ability to harmonize their unique proposition and tailor it to customers’ exact specifications. They guide their clients through an experience of mobile app development that only matches the quality of their company. 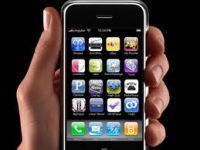 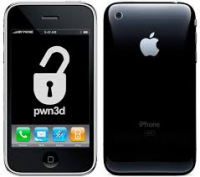