Ireland's telecom market has emerged from a long period in which it had been held back by low broadband uptake and a poor economic climate which hindered investment among operators as well as spending among consumers. The country during the last two years has recorded the highest GDP growth within the European Union (EU), and this has reinvigorated the telecom sector. Operators including eir, enet and Vodafone Ireland (in cooperation with the utility ESB) have extensive fibre-based networks deployments in place aimed at providing 1Gb/s services, while the government is poised to award a contract as part of its National Broadband Plan by which all premises will receive a service of at least 30Mb/s by 2022. This Plan, requiring an investment of up to €600 million and expected to deliver broadband services to about 900,000 premises considered uncommercial by market players, will greatly boost the adoption of OTT videostreaming services as well as services including e-government, e-health and e-learning.

In the broadband market investment has been channelled into fibre-based access. In the cable sector, Virgin Media Ireland expects to increase its footprint from 50% of premises to 70% within the next two years, and is looking to upgrade it network capabilities by deploying the DOCSIS3.1 standard, which can deliver data at above 1Gb/s.

Ireland's mobile market is dominated by Vodafone Ireland and 3 Ireland, followed at some distance by Eir Mobile. The market has room for a small number of MVNOs, the largest of which is Tesco Mobile. Competition in the market in recent years has left some MVNOs struggling. Although the number of dedicated mobile broadband subscribers fell in 2016 for the first time, mobile broadband use, supported by extensive HSPA and LTE networks, remains very popular among consumers, particularly since the introduction of flat-rate data plans. LTE forms an integral part of the government's national broadband strategy, with upgraded LTE technologies being used to provide the required minimum service in many rural areas.

This report provides statistics and analysis on the key sectors of the Irish telecom market, presenting an overview of the regulatory environment, the fixed network operators and services, and telecom infrastructure. The report also profiles the fixed and wireless broadband markets as well as the mobile market, together with analyses of developments in related technologies such as FttP, powerline broadband, wireless and mobile broadband, Wi-Fi, internet via satellite, LTE and5G. The report includes forecasts for broadband and mobile uptake to 2022.

MRH functions as an integrated platform for the following products and services: Objective and sound market forecasts, qualitative and quantitative analysis, incisive insight into defining industry trends, and market share estimates. Our reputation lies in delivering value and world-class capabilities to our clients. 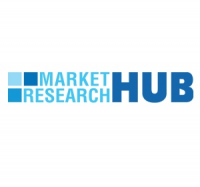