Leeds, West Yorkshire -- (SBWIRE) -- 03/06/2013 -- Back in the day you used to be able to buy yourself an Apple laptop or desktop computer, bring it home and customize the performance by upgrading the ram, hard drive, etc. But over the course of the last couple of years Apple is seemingly trying to make it more and more difficult to repair their products yourself, or via a third party alternative repair shop. I spoke to one such technician in the UK who told me that this is in fact the way many Apple products are heading now, even the batteries need to be replaced by a service center.

So when we say impossible to repair what are we really taking about? For example the new macbook pro’s with retina display feature ram and soldered to the logic board, the keyboard uni body case is also grounded to the logic board, amazingly the battery is also apparently glued in. We also spoke to the sister company of Mac repair “Express iPad Services” they told us that the new I pad mini is the most difficult I pad repair to data. Joshua a technician for the company told us that unlike the original size iPad’s the mini features solder and a lot of glue to get the screen replaced. This really is no good when you think about how easy it is to drop and damage something like the Apple iPad.

So what does all this mean? Basically it means that any repair work you want carrying out on the modern Apple products is probably going to need to go back to Apple directly, and in cases like damaged I Pad and iPhone screens your not going to get a repair from Apple. What you will receive is an exchange. Now an exchange on the surface doesn’t sound like a bad thing, but, and their is a but, the price for an exchange can nearly be up to 3 quarters of the original sale price. With this in mind is it going to be worth it?

The problem is that Apple want to cut down on alternative repair shops fixing their products, but the problem their is not only are they making it difficult to repair their items, they are making it difficult to upgrade them. Lets say for example you get a faulty piece of ram on the mac book air, guess what, game over! If it was a mac book pro, no problem you just replace the ram but on an macbook Air and newer retina macbook its going to cost you at least 400+ to get replaced, and at those prices its going to hurt!

Their is also the question of how repairable is the new paper thin (almost) iMac. The screen is laminated to the glass so good luck replacing this.

In conclusion I feel Apple are pushing away customers more and more with a closed platform. Most products they make today are aimed at kids, and the Facebook generation, but when someone breaks their Apple product and the price to fix it is unrealistic, will the customer go back for more? A question to be continued…. 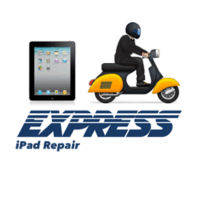