Is the Coffee Fresh? - Confession of Drama, Dysfunctions and Daily Life at Downtown Coffeehouse

‘Is the Coffee Fresh? - Confession of Drama, Dysfunctions and Daily Life at Downtown Coffeehouse” is a book about collections of entertaining and hilarious anecdotes

Beverly Hills, CA -- (SBWIRE) -- 08/11/2012 -- ‘Is the Coffee Fresh? - Confession of Drama, Dysfunctions and Daily Life at Downtown Coffeehouse” is a book about collections of entertaining and hilarious anecdotes based on the actual daily dealings of a restaurant owner with his customers and staff - http://www.amazon.com/Confessions-Dysfunction-Downtown-Coffeehouse-ebook/dp/B005UJR5UE

Marc Renson is the entrepreneur and owner of Ambition Coffee and Eatery, Inc. located in the urban downtown of Schenectady, New York City and later on became the intriguing author of the book “Is the Coffee Fresh?” You can check out His Coffee Shop Ambition http://www.ambitionbistro.com/ordereze/1000/Page.aspx

The book came to a reality after several years of Renson started taking down notes about his daily experiences with his customers, way back in 2002. These notes which were only scribbled then on table napkins, receipts and any other handy pieces of paper were first piled-up in his drawer. Finally in 2005, Renson decided to write a book about his anecdote-collections which in a way also revealed the story of his life.

Renson, who holds an Associate Degree in Culinary Arts from Schenectady Community College, is a dyslexic who in high school finds reading and writing a challenged. Just like the trials and experiences in his life, Renson never had a smooth-sailing encounter finishing his first book. He would often put it down, walk away from it, met other people and then start all over again. He said “everything happens for a reason” and that “there is a purpose for meeting all the people who came along his life journey.”

Finally in August 2011, the book was officially done revealing colourful stories of his customers from the commoners, to professionals, to celebrities who passed by his restaurant to have a taste and ambiance of what he is offering. These people in one way or the other served as his inspiration to his life and helped Renson reinvent himself and became the person he is today.

The bonus part of the book is the section where Renson shared some of his restaurant recipes and favourite dishes.

Today, Renson continues to feed other Hollywood celebrity stars and encounter different people from all walks of life as he tries to create a better story for his book and recreate himself once again.

The book “Is the Coffee Fresh?” is now available in amazon.com and other major bookstore - http://www.amazon.com/Confessions-Dysfunction-Downtown-Coffeehouse-ebook/dp/B005UJR5UE 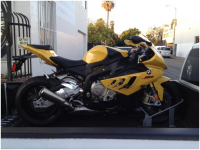