Alicante, Spain -- (SBWIRE) -- 02/11/2014 -- UK newspapers, The Daily Mail and Guardian have both recently highlighted on the risks of Infertility treatments. While The Guardian gave an accurate and detailed report of the topic, the Daily Mail just gave us the bottom line, stating that IVF births have five times more risk of complications than normal births. The IVF news itself is essentially correct, but a relative risk does sound more frightening than it really is when said out of context, because in fact the risk of serious cases like stillbirth and neonatal death are in fact very much similar to normal births, as revealed in large study carried out in Australia.

The study was carried out by researchers from the University of Melbourne and the University of Adelaide in Australia, and was funded by the National Health and Medical Research Council and the Australian Research Council, which has concluded that the risk of serious complications is around twice as high for babies born after fertility treatment, but the risk is still relatively low. They discovered that the rate of stillbirth was 1.1% for assisted conception and 0.5% for normal conception. Also the rate of premature birth was 7.9% compared to 4.7%, with low birth weights at 9.4% compared to 4.7%, and finally neonatal death was only 0.5% after IVF treatments compared to 0.3% without. The report also concluded in saying that the risk of any such complications can vary depending on the method of treatment used, as more problems were discovered in births from conventional IVF treatment (where sperm is positioned close to an egg, in the laboratory) than from an alternative method known as Intra-cytoplasmic sperm injection (ICSI), when only a single sperm is used to be injected into an egg.

This report comes out of results from more than 300,000 births in South Australia during a 17-year period, and includes 4,300 births from assisted reproduction, with researchers having compared all types of adverse births, including stillbirths, premature birth, low birth weight and neonatal death, after both spontaneous and fertility treatment conceptions. The study has raised many concerns about the link between different types of fertility treatment and poorer outcomes at birth, however, it is uncertain whether the higher risk is down to infertility treatment, underlying health problems associated with infertility, or a combination of both.

Although the risks appear higher, the overall risk of these problems is still relatively low, and although the study excluded multiple births, it had no information on whether the single babies born after fertility treatment were the result of multiple pregnancies, a known risk factor for adverse outcomes at birth. In fact the governments of the majority of European countries are preventing advanced research within the IVF industry, therefore preventing a lower risk rate, but one country that is seen to be fully supporting IVF research and development is Spain, a global leader in R&D and innovation. Spanish IVF clinic Ivf-Spain, who have a 50% higher success rates than the national Spanish average, say success rates are due to the advanced screening technology allowed in Spain (not in UK). Friendly English speaking receptionists will answer any question you may have about the IVF treatments carried out by Ivf-Spain in Alicante. The English version of the Ivf-Spain website is both informative and self-explanatory, and you will receive personalised treatment from highly qualified staff, who have all the answers at their fingertips about IVF treatments currently offered by IVF-Spain. Get the latest IVF advice by clicking on the link for direct contact with the Ivf-Spain Treatment Clinic in Alicante. 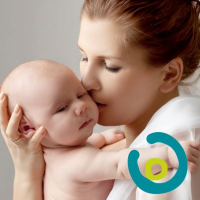