New York, NY -- (SBWIRE) -- 07/11/2013 -- Jailbreaking isn’t a new concept and there is a whole market exploiting the shield concept of the iOS system security . Jailbreak Apple TV 2 is related to the whole process of removing the limitations on Apple TV 2 running the iOS operating system ,through the use of different software and hardware exploits.

Actually, there are thousands of people worldwide who are fans of Apple and iOS operating system always waiting for new releases and updates of iPhone, Apple TV2, TV3, and MACs and much more. Apart from that,It is not a secret that apple has made a huge progress in different fields of mobile’s and computer’s technology and not only, as there are many people who are very addicted to the Apple TV system. Apple has always been at the top with billions of sales, even after the rise of other platforms like android. The secret is there are people who are not willing to switch from apple, because of the high security and stability iOS system provides.

The security part of iOS operating system is one of the most powerful weapons apple have, but as a means of security, many features are locked for good even for the owners. This means that many times iOS users find themselves secure from any hacking possibility but on the other hand, they are very tight with what they can do with their super gadgets. Apple has successfully built a closed highly fanatic gadget community. Unfortunately in these days,despite of the technology freedom that had risen uncontrolled and powerful with the use of the internet, Apple users find themselves limited in using many features.

Jailbreaking is claimed legal in many countries including USA. It is important to note that this isn’t recognized by Apple.but even sites like Wikipedia support the idea that everyone who own ( bought and not rent) anything, gives him the legal right to do whatever he needs or wants to. Some users in the past have even stated that it must be legal to jailbreak their gadgets, as they can legally just break it or throw it. It is very important to underline that Apple do not really support the process of jailbreaking as, like they stated many times, the process can harm the stability of the IOS system, not talking about the security. The warranty of those jailbroken gadgets could be lost, so users must be really aware of all the risks. Also, many jailbreaking software developers are clearly stating their non-responsibility.

Apple TV 2 is not an exception.The fascination for it has increased considerably from its release and the device’s new features have persuaded fans and software programmers to Jailbreak it.

The new website category contains detailed reviews of jailbreak Apple TV 2 reports, and news regarding future product releases and information about how new features can maximize the user’s experience.

The most common question Apple TV jailbreakers continue to ask, is what one can do with a jailbroken Apple TV 2? It is very important to get all the information about the pros and cons of jailbreaking Apple TV 2, before taking any action. 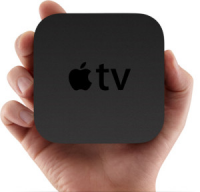