Phoenix, AZ -- (SBWIRE) -- 08/14/2012 -- Scottsdale Interior Designer, James D Felter ASID IIDA, announced a new kitchen design that is shown in a national publication “Better Homes and Gardens Kitchen and Bath Ideas” with a sub-titled article “Surprise Center”. The kitchen is a remodel project undertaken by Mr. Felter in a home which is listed on the National Register of Historic Places. The clients and designer have worked together before and this was a new acquisition to be used as the main home. With a family that included the husband and wife, two daughters, the paternal grandmother and their three dogs this project had to be functional and low maintenance.

Everything was designed for ease and work in mind with a center limestone island that is the hub preparation space as well as a staging area for the adjacent dining room and breakfast. Light bright colors were selected to work in contrast with the dark cabinets and stainless steel appliances. The back splash is of 1” Italian Glass tiles, and the floor is a white Italian glazed 12 by 12. Each item was carefully selected to work with one another in a contemporary room that compliments the historic exterior of the home.

The entire home was gutted and most rooms and areas were begun anew. Special features that were unique to the historic home were kept, but most small outdated rooms and spaces were opened and brightened by new lighting throughout. A new home is planned and then executed from the ground up. A historic remodel is designed from within. Using the shell for inspiration but not letting it intimidate the desire for interior beauty, function, and modernization.

In addition to the designer, the project was coordinated with the skillful eyes of an architect, kitchen planner, and of course the wonderful home owners. Everyone had input with ‘give and take’ to create a project that is both a practical and beautiful setting for a dream come true home.

Mr. Felter stands out among the numerous Scottsdale Interior designers having been featured in many prestigious design magazines as well as the recipient of awards in the interior design field. A portfolio of his work can be seen at http://jfdesignsinc.com/

About James Felter
James Felter is an award winning interior designer located in Scottsdale, Arizona. His work has been published in most major regional and national magazines and newspapers. His kitchen remodels and new construction have won the prestigious ASID Design Excellence Award. 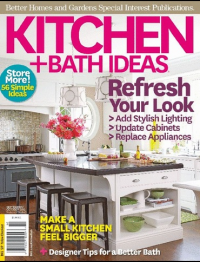