“Ghetto Boy” showcases the rap stylings of Jay Deala and AKA$H with the laidback but vibrant musings of Indian instruments providing a subtle, unique backdrop to the lyrics. AKA$H and Jay Deala swap verses, with AKA$H slaying his verse with slick, aggressive rhymes and Jay Deala delivering smooth lines chronicling the essence of what it means to be a “Ghetto Boy” in the context of his own past. The video itself depicts a confrontation between Jay Deala and AKA$H’s crews, shooting hoops, and Jay Deala hanging with his girl and protecting her from an attempted robbery.

The release of “Ghetto Boy” comes on the heels of Jay Deala’s full-length international debut Sincerely, Jay Deala The Album. This was the culmination of a variety of previous recording projects, including two mixtapes under M Way Entertainment, an EP and an international smash hit single, “Ajaa” featuring Deep Jandu.

Jay Deala’s recordings and latest video all fall under the label M Way Entertainment, his own microlabel he developed to represent the best upcoming artists in the local and international music scenes. While hip hop is at the heart of these efforts, Jay Deala doesn’t limit himself and instead embraces a variety of genres per the multitude of musical influences from his childhood.

Jay Deala’s earliest musical influence was his father, a musician who persevered to become a successful performer and inspiration to his sons. As a result, Jay Deala learned to play the tablas (Indian drums) and harmonium at a very young age. He became interested in hip hop and the subject of the inner city urban lifestyle, and he embraced the scene whole-heartedly.

Gangster rap was a central part of his youth, and he and his friends would share raps and beat boxing in the local parks, alleys and catwalks of the Toronto suburbs. He drew inspiration from some of his gangsta rap idols, such as Tupac Shakur, Biggie Smalls, Jay-Z and Ludacris in addition to Apache Indian and the production abilities of Timbaland and Panjabi MC. From there, he gained the confidence to pursue his own hip hop career and formed M Way Entertainment while on the path of realizing that dream.

Since establishing his career and position as a fixture of the Toronto hip hop community, Jay Deala has had a number of notable performances. He was the opening act for Russell Peters, K A R D I N A L, FRANK N DANK and Mathew as well as Panjabi MC and Aman Hayer at Pearson Convention Centre in Toronto. He’s performed at a several festivals, including Importfest 2008 and Desifest 2008, both in Toronto, and Celebrity 2009 in London, England. He’s also headlined a number of events, including the 2nd annual South Asian Music Festival in downtown Ottawa in July 2010.

You can find his music at several retail stores in Toronto, and he has a digital and physical distribution deal in the UK as well. You can also find his music digitally at CD Baby Worldwide. Stream his music from his website, and check out videos on his YouTube and Vevo channels. 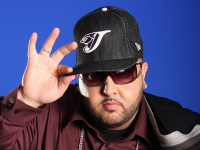