Plano, TX -- (SBWIRE) -- 05/15/2014 -- As the category creator and world leader in healthy chocolate, the true vision of Xoçai is to transform and improve individual lives worldwide through its exclusive and healthy chocolate products. One such unique element is XoVita™, a proprietary high-antioxidant blend of cacao, açaí berries and blueberries, an ingredient combination exclusive to Xoçai. This proprietary and exclusive high-antioxidant blend is utilized in all of Xoçai products and provides a wide-ranging class of nutrients, vitamins and health benefits. XoVita™ consistently contributes to the findings that all of Xocai’s products contain the highest ORAC (antioxidant-measuring test) and flavonoid rich products available today. (mxicorp.com/xovita/)

About MXI Corp
Established in 2005, Marketing Xocolate International Corporation (MXI-Corp) is the world leader in great tasting, healthy, dark, chocolate products.  MXI Corp was founded upon the same solid foundation that the Brooks’ family used to build their enormous Pure Delite Low Carb Chocolate company (circa 2000) which had retail sales in Wal-Mart, 7-Eleven, Rite-Aid and Walgreen’s of over $300,000,000.  All MXI products are focused on potent doses of delicious, antioxidant-rich Belgian cacao.  MXI-Corp believes that the high levels of natural antioxidants and Polyphenols that are found in its cacao can provide a viable solution to individual nutritional needs.  The Xoçai™ (sho-sigh) line, which currently includes nine products, is manufactured utilizing a cold-press process, which preserves the nutritional values of the company's proprietary blends of vitamins and minerals.  MXI is recognized as the category creator and world leader in healthy chocolate.  The vision of Xoçai is to transform and improve individual lives worldwide through its unique chocolate products.  One unique element of the company’s formulations is their proprietary high-antioxidant blend of cacao, açaí and blueberries, called XoVita™.  The Xovita ingredient combination is exclusive to Xoçai.  Nevada-based MXI-Corp is a privately held company.  Xoçai's nine chocolate products have the highest ORAC (antioxidant-measuring test) and flavonoid rich products available on the market.  The Brooks family, owners and operators of MXI-Corp, have total combined chocolate sales of more than $1 billion.  MXI Corp is now operating internationally in 41 countries. 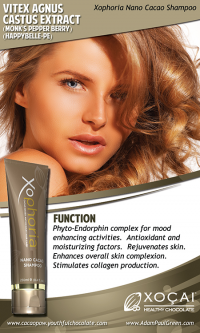 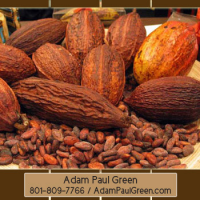