Nicole, heavily influenced by musical artists such as Moby, David Byrne and The Beatles, says he’s now moving back to the Jersey Shore after leaving it more than 15 years ago. “Living in Washington, DC, has been a wonderful experience, “Nicole explained, “but I really miss the beautiful beaches and people of New Jersey.”

DeRiso described the songs on the album as” roundhouse blues rock to dreamy synth pop, from the Beatles to Elvis, from Far Eastern enigmas to the fun-filled Jersey shore, there’s a little something for everybody on this deeply engaging ride.” And while 8 of the 13 songs are original, Nicole also covers a number of classic songs, such as All Along The Watchtower, While My Guitar Gently Weeps, Love Me Tender and What A Wonderful World.

“Nicole has an exotic take on Bob Dylan’s legendary tune All Along The Watchtower, as violinist Susan Jones imbues the tune with an Indian mystery. Niko Lyras’ guitar follows a similarly intriguing path, moving with snaking Santana-ish lines between Jones’ flourishes and Nicole’s gruff vocals. He then switches to acoustic for an offbeat solo segment before returning for another scorching turn on the electric.”

DeRiso also reviewed the remakes of a pair of Beatles tunes. “Nicole explores a processed, dreamland vocal on both While My Guitar Gently Weeps and Tomorrow Never Knows, but that’s where the comparisons end, though,” DeRiso said. “Nicole speeds up the somewhat somnambulant rhythm found on the original While My Guitar Gently Weeps, to great effect. That provides an interesting platform for a jazz-informed solo section, as guitarists Kareem Darwish and Lyras tangle – with Lyras offering a grease-popping concluding solo. Nicole then drastically slows down Tomorrow Never Knows, giving the song an even deeper psychedelic magic.”

Two of the new songs, Beyond Words and Love Me Tender, were recorded in Memphis with Nadia Elvista who he discovered living for more than seven years in a homeless shelter. “Nadia has such a sweet and natural voice,” Nicole said, “I hope she’ll consider a career in music.” Elvista also appeared with Nicole in the Beyond Words music video which was filmed along the banks of the Mississippi River.

DeRiso said Elvista brings a “stark spiritual complexity to the song, which has an old-world gypsy feel at times, even as she conveys all of the shattering hard times she must have seen.” Elvista then returns for Nicole’s quietly effective update of “Love Me Tender,” the great old Elvis Presley hit, and once again she’s a wonder of furtive sensuality. “

Nicole began work on STILL LOVE last year after releasing his successful premier album, BREATHING YOU. He is now working on his third album which will be released during the summer of 2012.

For more information about John Nicole, or to listen to his music or watch his music videos, visit JohnNicoleMusic.com. 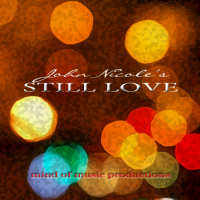 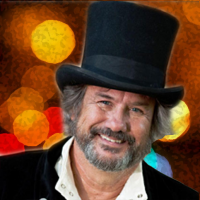