Tallahassee, FL -- (SBWIRE) -- 09/23/2014 -- Jimi Nu, a Florida based hip hop artist has released another hit single from his upcoming EP. The single, titled, Haters, is a self explanatory track and has been topping the charts for hip hop tracks since its release on 2nd September 2014.

The song has been released on all major platforms iTunes , Amazon & Google Play Store and many more. The song opened to mixed reviews but has become a chart topper in just the first week of its release.

Fans all over the world are relating to Haters, as it is a song that everybody can connect it and it provides a true explanation of the world. This self explanatory track has become an all time favorite for a number of listeners and is predicted to stay on the chart for quite some time now.

Jimi Nu, although cutting his debut EP, has been in the limelight for his unique rapping and Hip Hop skills.

About Jimi Nu
Jimi Nu was born in Alabama, Tallahassee and is currently based in Florida. Jimi has been a stand out since the get go. He started off with his music on the age of 14, and now at 23, Jimi has been raping since the age of 10 and has grown up to make his two dreams come true, one to be the greatest rappers of all times and also an NBA star. Jimi Nu believes that “dreams do come true and there isn’t anything wrong with being different.”

Jimi is all set to launch his EP album anytime now and he has used each and every song to get closer to his mission. 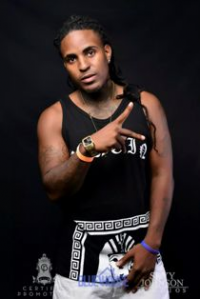