Atlanta, GA -- (SBWIRE) -- 03/29/2012 -- Harvard University educated archaeologist and the former director of the Paleontological Research Corporation, Dr. Joel Klenck, has been promoted to president of the organization. Jason Sain, chief executive officer of PRC states, “Klenck has shown commitment and moxie growing a successful business. He is working on a wide variety of projects in both hemispheres covering periods from the end of the Stone Age through Early Medieval times. Moreover, PRC is pursuing an array of contracts involving private and government sponsored research.” Sain notes, “Having a comprehensive knowledge of faunal material, stone tools, pottery styles and architectural remains, his communication ability, survey skills and analytical prowess has made him indispensable to our organization and his promotion to president is well deserved.”

PRC is adding new features to its corporation including a database where those conducting scientific research can download archaeological and paleontological data. Klenck states, "Many times professors, graduate students and contract archaeologists can only access the preliminary or final reports of field work rather than the raw data. At PRC, we want to make this data available for others in the scientific community to augment their own analyses, dissertations or publications." Sain also desires to publish important data as efficiently as possible. He remarks, "Archaeologists and paleontologists have many diverse responsibilities that sometimes prevent them from publishing their data for decades. Furthermore, the publication process in scientific peer-reviewed journals can take several years. At PRC, we want to publish important information as soon as possible via press releases well before the information is available in journal articles. I want to avoid the excuse of authoring the perfect journal article as a reason for excessively delaying the availability of scientific data." Klenck concludes, "Sometimes luggage is lost and comparative collections are not available. We want archaeologists and paleontologists to be able to go to our website and download crucial data such as soil color charts, needed measurements or comparisons of bones from different species to continue their important research in the field." 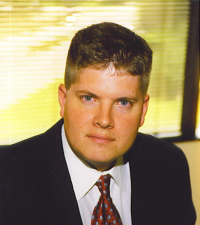 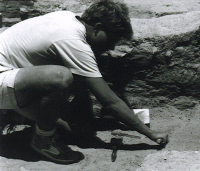