Joseph Grinkorn: Twitters Stock Is a Best Buy with Big Upside in the Tech Sector

New York, NY -- (SBWIRE) -- 12/01/2015 -- Joseph Grinkorn, the CEO of Morris Group and an expert in social media investments on Wall Street recommends a strong "buy" on Twitter's stock. According to Grinkorn, the company's shares has an upside potential of 50% and could reach a target price of more than $37.50 per share. Grinkorn explains that the return of co-founder Jack Dorsey to Twitter as CEO has set in motion a reorganization process which would bring positive outcomes. Grinkorn mentioned that one of the reasons that Twitter's stock has overly suffered was from China's market meltdown. After dropping from a price of $36.54 per share to $24.38 per share in late August, the company's stock price has slightly recovered and is now selling for the attractive price of about $25 a share. Speaking in terms of value, Twitter's current worth is about $17.2 billion as opposed to the $50 billion when the stock peaked at $73.

Grinkorn explains that Twitter's main advantage is the amount of involvement and activity of its users. 350,000 users Tweets in every given minute, and in one day alone, half a billion twits are being sent on Twitter, amounting to a total of 200 billion twits a year. These numbers reflect on Twitter's potential ability to attract and reach new users and advertisers.

Today, Twitter is the only social media platform that allows the reaching and following of all famous celebrities in real time. From Justin Bieber to Barack Obama, very popular users on Twitter have tens of millions of followers. Twitter is a primary means of communication, serving athletes, billionaires and politicians voicing their opinion in a variety of subjects in real time.

Grinkorn has also noted that CEO Jack Dorsey has unprecedentedly given $200 million of his own shares to his workers, aiming at raising Twitter's appeal in the job market. The announced goal is to march Twitter towards its past peak of $70 per share.

Grinkorn further explains that Twitter has made acquisitions of more than 42 companies amounting to billions of dollars of worth. Most of these companies aren't synergetic with the company's current business. The CEO has also announced that Twitter will lay off 8% of its work force, leading to the departure of approx. 350 workers. The goal of these steps is to focus on the tools and products that would take Twitter to the next level of improving investors' trust and increase its user base.

Grinkorn estimates that the risk of investing in Twitter is relatively small due to the low stock price and the expected business expansion of the company, which would focus on raising the number of users and reaching its profit potential, gained from users and their online activities. Also at its current value, Grinkorn thinks the company is primed for as a takeover target by many of the tech giants such as facebook Google and others.

More information can be found at: www.Morris-Group.co 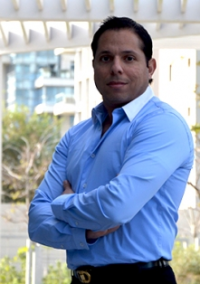