Performers & Creators Lab Podcast: Host and Creativity Coach, Holly Shaw, interviews actor, Joseph Petcka about the incident that made him infamous in 2007 when he was charged with allegedly killing his girlfriend’s cat after it attacked him.

Phoenix, AZ -- (SBWIRE) -- 03/28/2018 -- Joseph Petcka, the actor and former baseball player who became infamous in 2007 after being charged with animal cruelty due to allegedly killing his girlfriend's cat, tells his side of the story and how it's affected his life since, on the Performers & Creators Lab Podcast with Holly Shaw.

Joseph Petcka, who was dubbed "the most hated man in New York" after the media circus that followed the event, reports that he has been fired from several jobs and dropped from film projects once employers and directors figured out that he's "that guy."

"The worst thing about it was that I felt like I was losing my mind because what I was saying was not being heard it was just 'people hate you, people despise you...if they could shoot you dead right now they would,' and what they were reading was not real," Petcka states. He will be sharing his side of the story on the Performers & Creators Lab Podcast in Episode 10 which airs on March 28th.

"I feel like I've lost seven to ten years of my life. And still I'm gonna have to face and deal with [it]. It's debilitating. Obviously it's not as bad as being dead. I'm alive. The cat is dead. That will never change and it will always make me feel horrible," says Petcka.

Podcast Host and Creativity Coach, Holly Shaw, met Joseph Petcka when he attended a workshop she was teaching at the Screen Actors Guild in 2017 and he approached her afterwards and shared his story with her. Recognizing that many actors want to be famous but also live with the fear of infamy, or being made "wrong" in the public eye, Shaw opted to create an episode around his story, which can be found as Episode 10 Fear & The Threat of Infamy on the Performers & Creators Lab Podcast at http://www.performersandcreatorslab.com/podcast.

Joseph Petcka is most notable for roles in Sex & the City and the film, What Women Want. He has since changed his stage name to avoid notoriety and now lives in San Francisco where he still performs in theater and film regularly. Currently he is acting to sold out audiences in the critically acclaimed production of Compton's Cafeteria Riot, a play based on a historical event which is now understood to be the first LGBT uprising in U.S. history.

In addition to hosting the Performers & Creators Lab Podcast, Holly Shaw is a Creativity Coach, Certified Hypnotherapist, and Amazon bestselling author of the book, The Creative Formula. Shaw supports actors, musicians, composers, and dancers, some of whom are Emmy award winning and Grammy nominated artists, helping them with stage fright, anxiety, and creative blocks.

About Performers & Creators Lab Podcast
This podcast supports performing artists and creatives with their fears, blocks and managing their careers, through interviews with artists, spotlight coaching sessions, and Shaw's wisdom from her lifetime of performing as a former SAG actor, dancer, and choreographer. The show's mission: to overthrow the stereotype of the starving artist one episode at a time and inspire an army of artists on the leading edge. Produced and hosted by Holly Shaw and the VoiceAmerica Network. 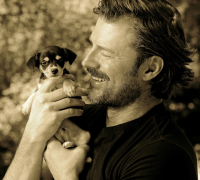