Based around Jules, his solar powered spaceship Zoom and his lovable friend, Ming, this growing array of books, ebooks, smartphone Apps and children’s merchandise is encouraging kids to explore the world at their fingertips.

Los Angeles, CA -- (SBWIRE) -- 08/09/2012 -- Having been received into the educational world with critical acclaim, Liz Chaban’s educational series, Jules of the World, is today announcing its intention to expand its line of products.

Jules’ mission is well defined; to travel with his spaceship Zoom and his mouse friend named Ming to various places throughout the planet earth. He photographs and writes in his journal about the things that he discovers, his favorite finds, and talks about a few of the activities one might participate in that destination.

His adventures and writings are presented to children through an informative series of books, ebooks, smartphone Apps and merchandise.

The series’ book forms its key offering. Created by Liz Chaban, it places a focus on real-world learning.

"Jules of the World is an innovative educational project that encourages our kids to explore the world at their fingertips. The tone if the book is very light-hearted, educational, family friendly, playful and informative.” she explains.

Continuing, “Everything is informational, in line with the common core state standards in reading language art. It provides information that the young reader can apply and adapt what they learn which makes it relevant to make real world connections.”

Having garnered such positive reviews, Chaban is today announcing her commitment to increasing the line of products available from within the Jules brand.

“I have a great team behind me. We can today confirm that we intend to continue offering more educational products, each themed around Jules, Zoom, Ming and their wonderful adventures. It’s offering children a very real way to learn and connect with the world around them, so we owe it to their future,” Chaban adds.

To learn more about the current line of Jules of the World products, as well as keep abreast of their latest developments, please visit the series’ official website: http://www.meetjules.com

Progress can also be followed via social media:

Over the course of the next couple months you will be able to purchase Jules of the World: The California Caper at the following online retailers: Barnes & Noble, iBookstore, Google Books, CreateSpace, Amazon, Amazon Kindle, Amazon Europe and Lulu.

About Liz Chaban
Jules of the World is written and illustrated by Liz Chaban. Chaban grew up in Northern California, and moved to Los Angeles where she graduated from The Fashion Institute of Design and Merchandising. The main character, Jules, is inspired by her son Julius. Chaban decided to bring to life an equally adventurous vivacious character that was curious to explore all of the world’s wonders.

As a little girl Chaban’s parents were big advocates of learning about other cultures and travelling the world. Later as a young adult, Chaban had the opportunity to visit beautiful destinations throughout North America, Europe and the Caribbean. Inspired by her experiences, she started sketching away on her first book, Jules of the World: The California Caper. From San Diego to Shasta, Chaban began tackling some of California’s major destinations and secret treasures and transforming them into her first quirky, humorous and educational storybook. 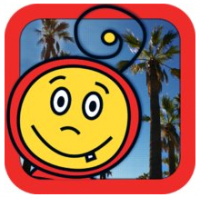