All over YouTube there are videos of kids, school bands, mothers and sons, fathers and daughters dancing to the hit Korean pop song.

Windcrest, TX -- (SBWIRE) -- 08/19/2013 -- All over YouTube there are videos of kids, school bands, mothers and sons, fathers and daughters dancing to the hit Korean pop song, ‘Gangnam Style' by performer Psy. A music video that was able to break dozens of YouTube records by being the most watched video on the site. His follow up single, 'Gentleman' was even able to beat out Justin’s Bieber’s video view count for 'Baby'. Although K-pop was around way before Gangnam Style, it has since blew up.

K-Pop The Movie is being produced by an independent studios within the big state of Texas by the name of Ani-Flix Studios, or AFS for short. The story will focus on two Korean artist in the K-pop music scene, and their struggle and rise to the top of the entertainment industry. Not only will the characters be breaking country boundaries but also breaking race, and stereotype boundaries as well. The movie will bring up topics such as greed, stress, suicide, sexuality, and more surrounding Korean culture and identity. “We want this project to be really big for us. We want a good producer behind it, a good director behind it; we already have a good director of photography behind it,” says screenwriter, Candice Rogers. “But at the same time, it’s really important for us to have a diverse crew, and cast so we can be real with this story and to the K-pop fans.”

How can a small independent company put together such a film that will succeed?

Ani-Flix has a vision and they have a mission; one of the values Ani-Flix believes in is diversity on the screen. To help make this project succeed is by having a crew and cast who believes in the project; this is a concept that’s the same for any business. When a business has employees who work with them to better serve the community, and/or their customers, they tend to have a higher success rate than those who don’t. “Not to be unprofessional,” states Rogers. “But it’s a real drag working with people who don’t wanna be there. It can put the project, the product, and overall outcome in jeopardy.”

Just like a smile is universal, music is universal. There isn’t a place a foot can step where the occupants don’t know of Michael Jackson and Justin Bieber, and now Gangnam Style. There was a time where reggaeton was really popular in the United States; and now, K-pop is popular throughout the world thanks to internet new media. K-pop is a story waiting to be told, and with fans willing and wanting to listen.

The diverse staff of AFS knows how big of a following K-pop has with millions of people all over the world. With a target audience already there and growing, they decided to take it one step further and feed the hunger many of these fans have for K-pop, but at the same time still send a enlightening message.

So what can you expect from them?

“You can expect us to bring you awesome dance moves, awesome original K-pop songs,” Rogers goes on to add. “And of course, drama.”

About Ani-Flix Studios
Ani-Flix Studios is a production studios from the state of Texas in the United States; they've shot projects in San Antonio, Windcrest, and Austin. Their first few projects held daring themes such as GLBT issues evolving around drug use, rape, and murder. Their first project a short film titled Get Off It, premiered at the Sorin Reel Film Festival in Austin. Their first feature which was an experimental by the name of Trapped, screened also in Austin at the Alamo Draft House Cinema. Both projects can be viewed on their YouTube channel. For Ani-Flix, K-Pop The Movie is a new project and genre they're excited about. Although it isn't as daring as their previous ones, it'll have the audience singing along while on the edge of their seats. 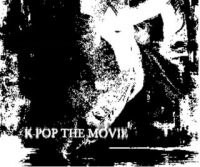