Kalon Surf, a Costa Rican Luxury Surf School That Caters to Executives, Was Featured in Forbes

Puntarenas, Costa Rica -- (SBWIRE) -- 07/30/2012 -- Kalon Surf, a luxury surf school and hotel located in Costa Rica, was recently featured in an article that ran in Forbes. The all inclusive surf school specializes in helping high level members of the business world learn to surf.

As a result of the article by Shah Gilani, one of the owners of the surf school, Kjeld Schigt, was invited to do a short radio interview with a Dutch news channel. Additional stories about Kalon Surf have also appeared recently in Independent, and Grazia France.

In his article, which ran in mid-July, Gilani wrote that surfing is becoming an increasingly common hobby among many people. He noted that Kalon Surf is at the forefront of luxury surf schools that cater to executives, doctors, lawyers, and other elite clientele.

“A small but rapidly growing number of corporate executives, successful business owners and entrepreneurs are upping their coolness quotient by learning to surf,” Gilani wrote.

“These days it’s not unusual to see surfing listed alongside advanced degrees and corporate experience on fancy resumes making the rounds at oil companies and investment banks.”

Schigt, who owns the Costa Rica surf camp along with his wife Silene, said they are currently working on opening a second location sometime next year. Eventually, he said, they hope to expand to five or six schools worldwide, all of which will offer luxury surf for executives.

“With both Silene’s and my background, we have both given up our careers to follow our passion without giving up our ambitions,” Schigt noted, adding that Silene previously worked for HSBC and HP while he was with Heineken, BP and Unilever.

For people who want to learn to surf Costa Rica based Kalon Surf offers luxurious accommodations along with the best surf camp experience. By the time every guest leaves Kalon Surf, Schigt said they will have learned enough about surfing to allow them to enjoy the sport for the rest of their lives.

About Kalon Surf
We are a Luxury Surf School/Hotel in Costa Rica that caters to executives, lawyers, investment bankers, doctors and their families. We do things differently here, like small instruction groups, video analysis—as is done during golfing lessons—quality products and a structure in teaching. Great food, luxurious lodging, and a “home away from home” ambiance all add to the quality of the experience. For more information, please visit http://kalonsurf.com 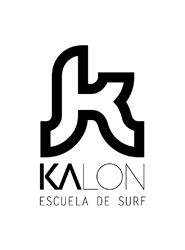