The work deals with man and his journey towards enlightenment and reflective spirituality.

Brooklyn, NY -- (SBWIRE) -- 05/22/2014 -- G.I.F.T.S stands for Giving is From the Soul. It’s Odhiambo Okeyo’s 3rd independent graphic art exhibit. It is the most definitive work to this point in his career. It serves as a sequel to a successful exhibit he had in Soho, NYC in 2010 called “Destroy Androids Rated X”. The work revolves around man and his journey towards, enlightenment, and reflective spirituality. The exhibit consist of 12 36” by 48” graphic art pieces printed on canvas.

The purpose of this Kickstarter campaign is to raise money to produce the work and rent a 10 day pop up space to hold the exhibit located in Brooklyn. The amount will be needed to produce and rent space to hold this exhibit is $8000 USD. Odhiambo is truly an independent artist in the sense that he is not represented or affiliated with any gallery or art institution as of yet.

Odhiambo has funded all of his previous projects, which consist of graphic art exhibits, and his men’s street wear label entitled Rawcite ( Rawcity) on his own. He looks to the Kickstarter community now, to help him achieve what he feels could be a break through exhibit for him, and really help him get this work out there in front people. This is a work he deeply cares about and has wanted to produce for the last 3 years, but was unable to properly fund and present. He looks forward to this process, and is very excited at the possibility of what Kickstarter can do to bring his latest and possibly most important artistic endeavor to life. 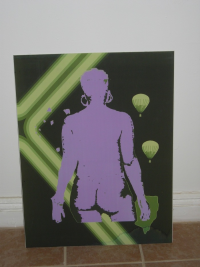 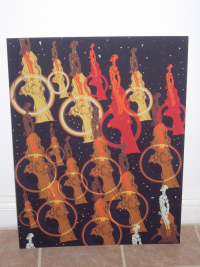