Los Angles, CA -- (SBWIRE) -- 02/25/2012 -- Powering through an early morning workout Ken as he is refereed to by friends is getting ready for his busy day in Hollywood Ca. As a former professional athlete Ken has developed a physique that hollywood loves to see in pictures, Always having a dream of becoming an actor He has paid his dues....Appearing in Tv Shows, commercials, and numerous runway fashion shows Ken is ready to move to the next level.

Kenyon Glover has all the skills needed to succeed, so he enlisted the help of PR guru Nikk St. Croix from Ikon Media Group. Nikk has worked on numerous celebrity projects including A listers, reality stars and models, Ken see’s this as a way to create more awareness on himself as a brand and move forward with his career.

Look for Kenyon Glover at upcoming red carpets and hollywood events as he pursues his dream of making a mark in Hollywood. Visit his website at: www.kenyonglover.com 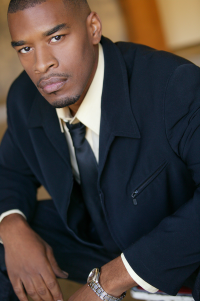