Elmore desires to address the Kenya Parliament and he is ironically asking Africans and African/Americans to believe in Africa and ourselves. February is African American history month in America and Elmore wants to launch a historic program called the “Safari Initiative.” The “Safari Initiative” echoes President Obama’s phase “Yes we can.” Elmore’s challenge is very simple; ” when are we going to bring Africa into the 21 st Century?” Elmore notes that we Africans and African/American do not have a 21 Century relationship. Historically it was over 400 years ago that the European Slave Trade started whereas Africans were exported to America.

Elmore points out that in over 400 years the ancestors of the Africans living in America have not officially returned to meet their relatives in Africa, nor has any African country offered to honor African American with an “Official State Reception.” Elmore desires to personally travel to the Republic of Kenya and ask the Kenyan Parliament to honor African/Americans with a formal “State Reception.”

Not only is Elmore asking the Kenya Parliament to honor its American relatives with a “Formal State Reception” Elmore is asking All Africans to join with African Americans and we export “African.” Exporting African means to style products with African influence and infuse African culture around the world as other cultures. In America we see Japanese, French, Asian, Indian and every ethnic groups cultures and products except African.

The Safari Initiative is more than a theory or idea to Elmore. Elmore became an African designer and with the help of other Africans together they have created more 21st Century African influence products than any company or person in the world. Elmore created the 1st “All African home in America.” Elmore created a complete array of African fashions. In 2009 Elmore created an African styled tuxedo for President Obama that was accepted by the White House. Memphis Congressman Steve Cohen mention Elmore’s work on the floor of Congress and he sent a letter to the Kenyan Embassy asking them to support Anthony “Amp” Elmore‘s “Safari Initiative.” Historically Elmore’s hometown of Memphis is the “Cotton Capital” of the world. Elmore notes that Memphis got to be the “Cotton Capital” by African “Free labor.” Today Memphis calls itself “America’s distribution Center.

Elmore proposed to Memphis Mayor A.C. Wharton a plan called Memphis 21 Century. This plan calls for Memphis to become Africa’s distribution center. The Safari Initiative calls for Kenya with Elmore’s advisement to create various African styled prototype products. We want those products shipped to Memphis and distributed all over America. Elmore notes that we must honor the legacy of Dr. Martin Luther King who was killed in Memphis by uniting with our family in Africa to make a better world. Elmore notes that we can create jobs in both Africa and America. Elmore is asking President Obama to support the Safari Initiative as a jobs creation program. The Safari Initiative brings family together. Elmore launched a video on YouTube the Safari Initiative Kenya Parliament Request video, Youtube Video, the video explains the Safari Initiative; http://www.youtube.com/watch?v=EEz7MVAc0Jc Elmore wants to personally ask Kenyan Prime Minister Raila Odinga to visit Memphis and honor the legacy of both Dr.

Martin Luther King and Kenyan Hero Tom Mboya who paved the way for Obama Sr. to get an education in America. Elmore wants Prime Minister Odinga to bring Sarah Obama to Memphis to honor her as all of our “Official Grand mother.” President Barack Obama should not keep Grandma Sarah all to himself says Elmore. 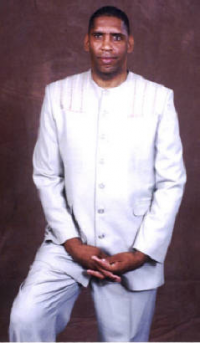