New York, NY -- (SBWIRE) -- 05/01/2017 -- A recent study that was published in the Journal of Health Population and Nutrition discovered that even in the most developed countries, a filtering system and water purification methods are still highly expensive, especially in the rural areas. This can, in turn, lead to dangerous disease and bacteria to spread and affect a lot of people.

The copper found in copper Moscow mule mugs is recommended for storing and drinking liquids out of because it has strong antibacterial benefits. Fatal bacteria and viruses such as E. coli and Salmonella can simply send the human body in complete misbalance, causing further health problems in the long run.

Kitchen Supreme, a small family business passionate about healthy living have developed and put their copper mugs for sale in an attempt to educate their customers towards a healthier lifestyle.

The experiment with the copper Moscow mule mugs reached a surprising conclusion. 99% of the bacteria and viruses in the glass vessels survived while the ones placed in the copper one stopped reproducing and eventually died because of the copper compounds released into the water.

As such, the answer became as simple as changing the way people drink water. By simply replacing the usual vessels used nowadays with one of the best Moscow mule mugs sold by Kitchen Supreme, people can not only improve their lifestyle but they can ensure that their families stay healthier for longer by avoiding contaminated water!

The Copper Mugs Set for two is distributed by Kitchen Supreme and it comes in a deluxe, elegant gift box, rendering it perfect to be bought as a gift for everyone!

Inside the box, besides the two 16oz copper mugs with brass handles there is also a copper shot glass, two copper straws and two wooden coasters that ensure no unwanted water rings will be left on the furniture!

And because the people at Kitchen Supreme understand that sometimes, ideas just don't happen, they have included a booklet with original recipes for both hot and cold drinks and everything needed to impress the guests!

About Kitchen Supreme
Kitchen Supreme was founded in 2013 by Frank Williams and it currently sells its kitchen supplies via Amazon.

Since their launch, they have met an incredible success and people kept appreciating their high-quality products and left positive feedback.

Frank Williams, the owner, admits that the feedback his company has received drives him to keep launching new products by following the same high standards their customers have been accustomed to.

As rare as it might be, the customer support provided by this USA-based company is nothing less than exemplary!

For further information, please visit http://www.kitchen-supreme.com/ or use the contact details listed below: 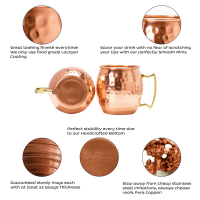 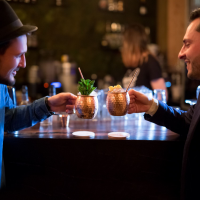