Hollywood, CA -- (SBWIRE) -- 11/26/2014 -- Those who pay attention to up and coming actresses have been taking note of Korrina Rico, who has recently completed work in a number of important supporting roles. She will be seen frequently on screen throughout the rest of the year and 2015. As a indication of her growing reputation, Korrina was recently nominated for "Best Actress" for her starring role the independent film "Abstraction." Korrina's lead role in "Abstraction" can be seen on on-demand television and on DVD.

The first of her many upcoming supporting roles will be in one of this Thanksgiving's comedy releases, Horrible Bosses 2.

Thanksgiving weekend starts off the Holiday movie season, and this season Horrible Bosses 2 (opening November 26) looks to be one of 2014's top comedy films. Hollywood Reporter's review said the film's, "well-attuned comic sensibility makes for moments of hilarity." The film stars Jason Bateman, Jason Sudeikis, and Charlie Day reprising their roles as three hapless worker drones. The film has a great supporting cast of stars including Christoph Waltz, Jennifer Aniston, Kevin Spacey and Jamie Foxx. The Hollywood Reporter review went on to say, "It's the supporting cast that really shines."

Horrible Bosses 2 continues the story of three buddies who hate their jobs. Desperate to break out of the workplace grind, this follow-up film shows them in an entrepreneurial spirit. They form a company with the help of an angel investor, only to find that angels can turn out to be sharks. Basically, the three buddies get screwed, and hatch a less than brilliant, and very laughable plot to kidnap the investor's son. Korrina Rico plays Raquel, an employee in the new entrepreneurial venture started by the three hapless worker drones.

Korrina has been getting lots of supporting roles in big name films, while maintaining an active career as the feature star in numerous independent films. Next year, Korrina will appear opposite Zac Efron in "We Are Your Friends" playing the role of Crystal, Zacs friend. Warner Bros just announced that "We Are Your Friends" has sold out worldwide distribution.

About Korrina Rico
Korrina Rico is an Actress from California. She made her big screen debut in the 20th Century Fox film "In Time", where she played opposite Justin Timberlake. "Abstraction", the film for which Korrina was nominated "Best Actress" in an independent film award, will be available on On-Demand and on DVD in January 2015. 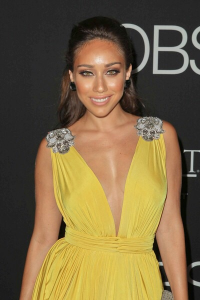 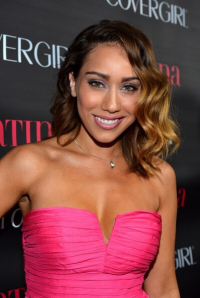