San Francisco, CA -- (SBWIRE) -- 07/31/2013 -- Avant-garde duo La Fin Absolute du Monde announced their next music release, a remix of their song “Black Sheep” by Justin K. Broadrick (Godflesh, Jesu), along with two other remixes to be available on limited edition vinyl. They have also launched a crowdfunding campaign on IndieGoGo in order to raise funds to complete the project, and tour behind the release.

The album will also include two other remixed songs from production team Social Security, made up of Todd Weinstock (Glassjaw) and Marc Jordan (production for Velvet Revolver, The Cult), and Neo Gibson (Hotstuff and the Eyecandy), as well as the original versions of all three tracks. Additionally, a bonus track titled “Love Song” will be included, and will only be made available on this release.

The album will be released in January, 2014, on limited edition 12” vinyl, and will also be available for digital download.

“Black Sheep is not only a very personal song, but it's a little bit different than anything else we've recorded. We're excited to hear Justin's take on it,” said frontwoman Chicky.

Justin K. Broadrick added, “I really enjoy the song, and wish to retain its melancholy mood, but somehow breathe heaviness into it.”

In an effort to raise money for the project, and continue their relentless touring schedule, La Fin Absolute du Monde have launched an IndieGoGo crowdfunding campaign. They are looking to raise $5,000 in thirty days, having reached 25 percent of that goal to date.

Incentives include everything from an advanced copy of the vinyl album, and limited edition prints of the cover art, to the original cover art painting, and a song written and recorded exclusively for a fan.

To view the campaign’s trailer and to support the project, visit the IndieGoGo page here: http://igg.me/at/la-fin-broadrick-remix 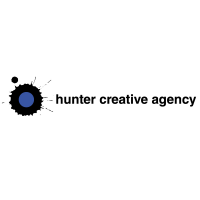