Alzheimer's and other forms of dementia are likely to cause a change in sleeping patterns, causing people to wake up more frequently in the night and have difficulties falling back asleep. Sleep problems are a result of changes in the brain and impact a person's overall sleep cycle. However, a lack of sleep earlier in life may be to blame.

Casper, WY -- (SBWIRE) -- 08/24/2021 -- Studies have shown that poor sleep patterns in middle age could contribute to increased dementia risk. Both sleep deprivation and sleeping longer than average are linked to this increased risk.

Several studies have followed participants over the age of 65 for roughly a decade to examine sleep patterns and study the correlation between age, dementia, and sleep. The NIH's National Institute on Aging (NIA) supported the study and published an interesting find earlier this year.

In nearly 8,000 participants, sleep was assessed in participants over the age of 50, and monitored periodically from 1986 to 2016, focusing on the number of hours of sleep participants had each night. Some participants wore accelerometers to ensure the accuracy of findings. At an average age of 77, 521 participants were diagnosed with dementia. Those who had six or fewer hours of sleep in a night during their 50s and 60s were shown to have a 30% greater risk of developing dementia than those who slept the average amount of seven hours.

The findings in the conclusion of the study show that sleep duration in midlife could impact dementia risk. More research is needed to confirm these findings with certainty and understand possible underlying reasons, but there are plenty of reasons for getting a good night's rest (hint: it is great for brain health!)

This update is brought to you by Mountain Plaza Casper WY. For more information about our living community at assisted living Casper WY, please visit us online, or call 307.232.0100. 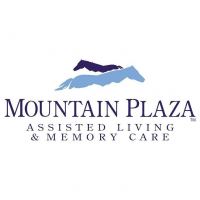