Lady Gaga to Perform at American Airlines Center in Dallas, Texas on January 29, 2013

Gaga, who was named Forbes’ Most Powerful Woman in the World for 2011 is currently one of the most successful performers in the world. According to news reports, her Facebook page has well over 53 million “likes” and over 30 million people follow her on Twitter. Her Born This Way Ball tour is Gaga’s third, and is scheduled to include performances in over 40 countries on every continent except Antarctica.

According to reviews of the Born This Way Ball tour, the eclectic show is divided into five acts. In traditional Gaga style, the concert manages to include political and social themes like government control, discrimination, and how everyone deserves to be loved. The show’s first number is “Highway Unicorn (Road to Love),” which features Gaga performing on top of a mechanical horse. The rest of the concert is filled with plenty of moments that are both intriguing and entertaining—including Gaga emerging from a three-story medieval castle dressed as an alien.

Fans who are interested in purchasing tickets to Gaga’s concert, or who wish to learn more about the American Airlines Center may do so through the VenueNote website. The site also offers in-depth information about various event locations across the United States.

As an article on the VenueNote website noted, Gaga often performs at the American Airlines Center during her tours. In addition to the venue’s convenient location, the arena boasts a large seating capacity and attractive architecture. The center can hold 21,000 people for concerts, and seating is available on many levels.

“Architects designed the seats to be arranged as vertically as possible,” an article on the VenueNote website said, adding that this unique construction brings visitors closer to the live events and offers a better view.

About VenueNote
VenueNote provides comprehensive data for event venues all around the country. From tickets and event scheduling to seating charts, area hotels, and nearby restaurants, people can get all of their vital event information at one place online. For more information, please visit http://venuenote.com/american-airlines-center 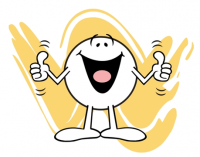