Las Vegas, NV -- (SBWIRE) -- 03/22/2013 -- Las Vegas, which is one of the hot spots in the country for drinking and driving, has seen increased number of DUI arrests in recent weeks, including one arrest of a 21-year-old suspected of killing a pedestrian while driving under the influence. While Las Vegas deals with more than its share of DUI cases, the number of cases shows no sign of abating.

With the number of DUI arrests still growing, it is likely that Las Vegas DUI laws, which have gotten stricter over the years, will continue to grow harsh. With stricter laws there’s possibility of more severe punishments for first offenses. As such, it could be more important than ever to hire a Las Vegas DUI lawyer.

A Las Vegas DUI attorney can help those arrested for DUIs by reviewing all of the evidence associated with the case and determining a plan of action. In some instances, attorneys can help clients get their cases dismissed, but more often than not, success is defined as simply reducing the charge (e.g. reducing a DUI to a reckless driving conviction). Effective legal representation that worked in numerous cases in the Las Vegas area will have experience and knowledge of what strategies work for winning DUI cases.

For those interested in learning more about the nature of DUI cases in Las Vegas, or for those who need to acquire legal representation for a DUI case, please visit http://www.gtogata.com/.

About GT Ogata
The Law Office of Garrett T. Ogata focuses primarily on DUI law in Las Vegas, but also deals with other traffic laws as well as criminal domestic cases. With hundreds of victories for his clients, Ogata is one of the leading DUI attorneys in the state of Nevada. 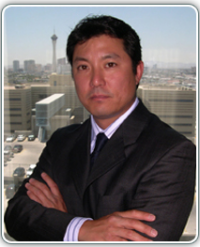