Simba Entertainment and 3000 Mile Productions are proud to announce the release of “Last Rights The Series” on Amazon Instant Video.

“Last Rights The Series” is a supernatural drama that explores the struggle of those who have accepted a deal from a boy named Concord (Jet Jurgensmeyer), allowing access to Nirvana, where all worldly troubles disappear. In exchange, those who accept the deal must give him all of their possessions and stay in his house for one week. In the house are four caretakers who test each participant to see if they will make it to Nirvana or if they end up in the graveyard behind the house.

“Last Rights The Series” also questions faith, morality, tolerance, and common sense; these are the tests of the caretakers. Since the release of the trailer on youtube.com it has received more than 50,000 views. This is all before it had even been released!

Simba Entertainment and 3000 Mile Productions invite you to explore the world of “LAST RIGHTS THE SERIES” at: www.lastrightstheseries.com and on AMAZON INSTANT VIDEO

About Simba Entertainment
Simba Entertainment is a music and film company. The company was formed in 1997 in Nashville, TN by Scott Jurgensmeyer and Babs Simmons. They started out in music publishing and have evolved into the film industry. Some of their other credits include: “Devil’s Knot”, “Changing Seasons”, “Jingle Belle” and “Lukewarm.” They are currently in pre-production on “Natchez” a screenplay they wrote and developed with Chandus Jackson.

About 3000 Mile Productions
3000 Mile Productions was formed as a creative group in 2008 by Jason Dallas and is made up by industry professionals who wanted to create their own media products. Their first venture was a 30 minute short film called “The Bench” which premiered at the Eclectic Theater in North Hollywood. Other projects to their credit are “Changing Seasons” and “Jingle Belle”. They are currently in post-production of “Last Rights The Series Season 2.” Known for their creativity, 3000 Mile Productions has also created media for DreamWorks, Marriott and Zappos among others. 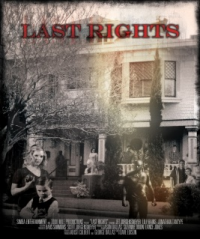