Learning from GE Hitachi's $2.7 Million Dollars Settlement: The Pains of the Nuclear Industry

In addressing the growing pains in the nuclear industry, monetary incentives as a means to downplay nuclear suppliers’ faulty innovations must be totally removed.

Jiutepec, Mexico -- (SBWIRE) -- 05/06/2014 -- Although allegations haven’t been proven yet, GE Hitachi resorted to paying $2.7 million dollars on January 2014 as settlement for the lawsuit filed against them by the Nuclear Regulatory Commission and US Department of Energy to resolve contentions under False Claims Act regarding the Economic Simplified Boiling Water Reactor (ESBWR) – GE’s newly-designed nuclear reactor. GE was under the suspicion that it made forge statements about the component of the said nuclear reactor known as the steam dryer.

All nuclear reactor applicants for design certification are required by the NRC to prove that vibrations brought about by the steam dryer will not cause damage to a nuclear plant. The main function of a steam dryer is to drain out liquid water droplets from the nuclear reaction condensation that produce electricity in boiling-water reactors. GE Hitachi was at fault in hiding the obvious flaws in its steam dryer investigation and non-admission of a lack of proper analysis of its steam dryer in accordance with the applicable standards. Moreover, the company misrepresented the accuracy of its design model using verifiable data.

Despite the fact that a steam dryer is not believed to be a safety constituent, Philip Tipping of Swiss Federal Nuclear Safety Inspectorate, on 2008 mentioned in his research about the power uprate issues in nuclear power plants, that the nuclear industry admits that maintaining the structural veracity of the steam dryer is crucial in ensuring non-cracking of vibrations and avoidance of debris from loosing which while they enter the pressure vessel fabricator and steam lines which compromise the reacting process.

Four decades ago, Mitsuhiko Tankana, the Babcock-Hitachi leader for the pressure vessel fabricator project known as the Fukushima reactors, during the wake of the Fukushima upheaval, stated that when the risks heightened, GE would do nothing but to do what is legal and safe. As can be remembered, the flawed GE-designed Fukushima reactors also stirred controversies when GE failed to address a safety concern when it was manufactured. The pressure vessel fabricator was an important component containing the reactor core. But what Hitachi did was to cover up the issue using money as it attempted to correct the problem.

Until now, it seems that the same corporate culture is still being exhibited by the said company – ignoring design flaws and covering up safety problems. The nuclear industry is indeed faced with a serious problem: dollars resolve any issue concerning liability laws and regimes which create exemption of nuclear suppliers from being liable for the risks being created by their designs. Even at the point of negligence, at the expense of safety and security.

About MPGIA SA de CV
MPGIA SA de CV is professional services company providing qualified personnel, technical consulting and advising on the implementation of quality systems for the development and installation of projects in the metal mechanic field, both in the industrial and in the commercial sectors. MPGIA SA de CV, is located in Cuernavaca city, in the state of Morelos, Mexico. MPGIA SA de CV’s objective is to guarantee their clients the highest quality in product fabrication and technical services assistance, supported by the experience and expertise their personnel, in order to satisfy the needs of the metal mechanic industry. 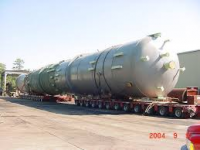 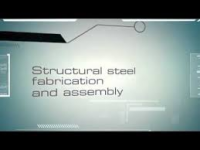