Las Vegas, NV -- (SBWIRE) -- 08/22/2013 -- Studies performed by the Alzheimer's Society indicate at least 20 percent of Americans suffer from a condition known as Mild Cognitive Impairment during adulthood. Causing varying degrees of difficulty in the areas of memory, language, routine planning, attention span and visual recognition, this dissolution of basic cognitive function can be a disruptive force in daily life and can lead to an increased risk for developing dementia later in life. In an effort to increase public awareness of a powerful tool in the fight against MCI, Legacy Labs, LLC has launched their latest review during which Bill Rose, brain injury survivor, gives his testimonial for Cognizine.

Bill Rose, Psychotherapist, Licensed Clinical Social Worker and Licensed Independent Substance Abuse Counselor received a traumatic brain injury at the young age of 14. Knowing his injury placed him at a heightened risk for developing dementia, Rose has been aware for some time of his increased need to thwart the loss of cognitive ability. He explained he was introduced to Cognizine by Dr. Walters. Throughout his Cognizine Review, Rose spoke highly of this supplement while recalling a recent professional conference during which he articulated. He mentioned a power point presentation he had not used previously in any other presentation and his lack of time to prepare for this particular conference.

Referring to the benefits gained with Cognizine in relation to the conference, Rose stated, "I was taking Cognizine, and I really didn't rehearse a whole lot before I presented to this group. I was just really pleased with the fluidity of speech and the clarity of my memory. It was all just right there."

Rose insisted he would recommend Cognizine to anyone in need of improved lucidity and recall abilities.

During another Cognizine Review, 73 year old Paul Colby, 20 year Army veteran and Cognizine user, spoke of his experiences with the supplement. Colby suffered severe health issues resulting in a quadruple bypass in 1977. He reminisced about times following his surgery when he felt withdrawn and unwilling to socialize with his loved ones. He realized these were mental issues, as were his more recent memory challenges. He began taking Cognizine in an attempt to combat these complications.

Colby elaborated, "I do a lot of mathematical stuff. I do a lot of tax stuff and things of that nature. Sometimes, it just bothers you upstairs when you don't get things 100 percent right. I had days when I could hardly remember what my name was at times." Colby has since experienced improved memory and a more positive state of mind while taking Cognizine. He says he currently feels better than he has in a very long time. 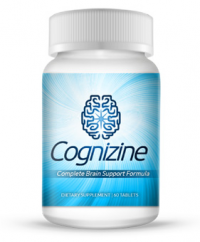