Legendary Commodities Trader, Dennis Gartman, to Be Interviewed by Andy Busch on the Russia-Ukraine Turmoil Impacts the Markets

Engage with Andy Busch, the radio show that covers the intersection of politics and money, features legendary commodities trader, Dennis Gartman, to discuss how the markets are impacted by the geopolitics of the Russia-Ukraine turmoil. The show is live on the VoiceAmerica Business Channel on Friday May 9th at 3PM ET.

Tempe, AZ -- (SBWIRE) -- 05/06/2014 -- Join Andy Busch, on Engage with Andy Busch the radio show that covers the intersection of politics and money, features legendary commodities trader, Dennis Gartman, to discuss how the markets are impacted by the geopolitics of the Russia-Ukraine turmoil. The show is live on the VoiceAmerica Business Channel on Friday at 3PM ET.

Since Russia annexed Crimea, the turmoil in this area of the world has impacted the global stock, bond and commodity markets. The show will discuss the outlook for further sanctions and the possibility of the US shutting out Russian banks from the global financial system. Engage will tackle whether this situation will lead to further rises in energy, grain and bond prices.

Dennis Gartman appears on CNBC, ROB-TV and Bloomberg television, discussing commodities and the capital markets, and speaks before various associations and trade groups around the world. In 1987, he began producing The Gartman Letter on a full-time basis, which he continues to do today.

Engage with Andy Busch airs live on Friday’s at Noon PM Pacific, 2 PM Central, and 3 PM Eastern on VoiceAmerica. To access the show, log on at http://voiceamericabusiness.com. All shows will be available in Andy Busch’s Content Library on the VoiceAmerica Business Channel for on-demand and podcast download at http://www.voiceamerica.com/show/2323/engage-with-andy-busch

About Andy Busch
Andrew B. Busch is the editor of the global market and public policy newsletter, “The Busch Update” at http://www.andrewbusch.com He is a regular on CNBC’s Talking Numbers, which appears every day on Street Signs and Yahoo Finance. His research can be found on his website, http://www.andrewbusch.com , as well as CNBC and Yahoo. He was a panelist on CNBC’s Money in Motion from 2012-14. He was the host of “Politics and Money” on First Business from 2000-03.

For 22 years, he was with BMO Capital Markets and has written the Busch Update for the last 13 years. He was named BMO’s Global Currency and Public Policy Strategist in 2007. Based in Chicago, he is a recognized expert on the world financial markets and how these markets are impacted by political events. He provides clients with analysis on public policy issues for China, Europe and the United States.

On a regular basis, Andy consults with staff from Congress and think tanks on economic, financial market and tax issues. In 2011, Andy was asked to testify in front of Congress on the effectiveness of the 2009 Stimulus package. From 2004 to 2008, he was an outside advisor to the US Treasury Department and White House on the economy and financial markets. Andy had a similar role for the 2008 McCain campaign. He has met and advised the last three US Secretaries of the Treasury including John Snow, Hank Paulson and Tim Geithner. Andy is also a political consultant on campaign strategy for the 2014 US Congressional Mid-Term elections. 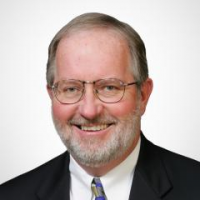