While Watson celebrated his victory, golfers and Masters officials talked “eulogies” about the soaring loblolly pine, also known as the Eisenhower Tree. This year, the tree was removed after being severely ruined by an ice storm on February 2014. It was massively destroyed, circulating photos show major damage, specifically on the left side and top of the tree.

Billy Payne, Augusta National and Masters Chairman, announced, “the loss of the Eisenhower Tree is difficult news to accept. We obtained opinions from the best arborists available, and unfortunately, were advised that no recovery was possible.”

The Masters landmark, also known as Ike’s Tree, was about 210 yards from the tee on the left side of the par-4 hole. The loblolly pine stood 65 feet high and was believed to be about 100 to 125 years old. It was named after former president Dwight Eisenhower, who happened to be an Augusta National member. He proposed to have it cut down during a club meeting in 1956 since he kept hitting into it. Clifford Roberts, Masters co-founder ruled out the request and named the tree after the then president.

Jack Nicklaus, six-time Masters winner, issued a statement about the loss of the tree. “The Eisenhower Tree is such an iconic fixture and symbol of tradition at Augusta National. It was such an integral part of the game and one that will be sorely missed… I hit it so many times over the years that I don’t care to comment on the names I called myself and the names I might have called the tree. ‘Ike’s Tree’ was a kind choice. But looking back, Ike’s Tree will be greatly missed.”

Mike Weir, 2003 Masters champion, expressed sorrow as well. He said, “it’s sad to see that tree go. I pegged that tree many times. Part of the challenge was to shape the ball around it.”

The tree holds a place in Masters history. Arnold Palmer (1958) and Jose Maria Olazabal (1999) triumphed in spite of making contact with it on their final round drives. Tiger Woods slipped on the straw while hitting his second shot which injured his left knee and Achilles’ tendon at the base of the tree during the 2011 Masters tournament.

Jim Furyk was noted saying, “the history of the tree will be missed and there’s a lot of lore there, but my game definitely won’t miss it thatmuch, put it that way.”

About 72 Tree, Seed, & Land Co. LLC
72 Tree, Seed, & Land Co. LLC is a highly experienced and certified Tree Care Firm in Atlanta. The company, comprised of storm damage experts, is capable of handling the largest and most dangerous trees 24 hours a day. They insurance specialists too, capable of handling the claim for its clients. The highly professional organization has the knowledge, experience, and dedication to get the largest job done right the first time. Its specialties include arboriculture consultation; tree care, crane, emergency, management, and construction and storm water services. Jobs are supervised by veteran arboriculture professionals who emphasize safety and quality to the last detail which greatly enhances the aesthetics and ecology of the project. They also provide large tree transplanting and or planting services with highly experienced transplanting experts. It is an Arboriculture Consulting and Tree Care Firm dedicated to the Preservation and Restoration of Ecosystems. 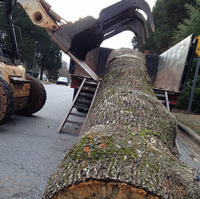 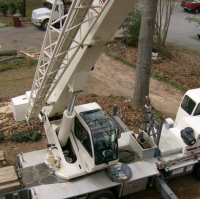 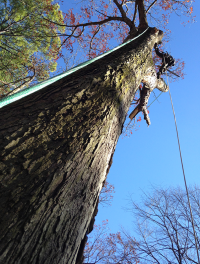