Lemon Grove, CA -- (SBWIRE) -- 10/17/2012 -- The California Republican Assembly has Endorsed Matt Mendoza for City Council of Lemon Grove. Chartered in 1934, the CRA is the state’s oldest and largest Republican volunteer organization. CRA has been working to elect Republican candidates who stand unwaveringly for Republican principles.

President Ronald Reagan called the California Republican Assembly, "the conscience of the Republican Party." Matt Mendoza like Ronald Reagan believes strongly in American Freedoms. Mendoza stated; "The Constitution of We the people is my compass, not special interest groups. I am a statesman, not a professional politician. Your voice is my voice".

It is because of Mendoza's Character, Integrity, leadership and standing up for the Rights and Freedoms "Of The People" is the reason the CRA has endorsed him.

To find out more information about The California Republican Assembly, you may visit their website at http://www.californiarepublicanassembly.com

To learn more about Matt Mendoza and how to support his candidacy for the Lemon Grove City Council seat, please visit: http://www.MendozaForLemonGrove.com 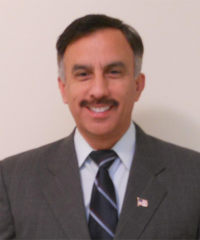