Leo Burnett Chicago is offering One Million Degrees space and resources during the upcoming academic year for monthly workshops and events for its community college scholars. These activities focus on professionalism and communication skills, financial literacy, leadership development and one-on-one and small group coaching. This programming is integral to the success of OMD scholars in the classroom and beyond.

Leo Burnett is one of the largest and best known group of creative advertising agencies in North America. Leo Burnett Group is comprised of seven creative agencies with offices in Chicago, New York, Detroit and San Francisco. It is a part of the Leo Burnett network of global agencies with over 9,000 employees.

“One Million Degrees knows that one person’s education means progress for all of us,” said Susan Credle, Chief Creative Officer, Leo Burnett North America and member of One Million Degrees' Board of Directors. “The commitment to making sure the scholars not only go to college but succeed while there is something everyone in Chicago should get behind. We hope 35 West Wacker will be an inspiring place for scholars to meet and work towards their goals. One education can change lives. Maybe even a million of them.”

Leo Burnett Chicago has a long history of civic engagement in the Chicago area and provides time, energy and resources to numerous charities focused on children, creativity and Chicago.

About Leo Burnett Worldwide
Leo Burnett Worldwide, part of Publicis Groupe, is one of the world’s largest agency networks with 96 offices and nearly 10,000 employees. In 2013, the global network was named “Most Awarded Network” by the International ANDY Awards and received “Network of the Year” honors from Dubai Lynx and AdFest. At the 2012 Cannes International Festival of Creativity, Leo Burnett won a record-breaking 55 Lions and was also named “Network of the Year” by YoungGuns, Golden Drum and the MENA Cristal Awards. A HumanKind communications company, Leo Burnett Worldwide has a simple and singular approach: put a brand’s purpose at the center of communications to truly connect with people. Leo Burnett works with some of the world’s most valuable brands including The Coca-Cola Company, Fiat, Kellogg’s, McDonald’s, Nintendo, P&G, Samsung and Tata among others. To learn more about Leo Burnett Worldwide visit our site, Facebook page and follow us via @leoburnett. 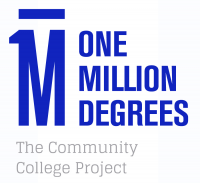