Written for mature audiences, Elise Blaine’s latest book depicts one prisoner’s transition from ‘rock-bottom’ to driven, turned-on and optimistic romantic. Told through real-life letters between the man and his new lover, ‘Letters from Lane’ proves that solid walls pose no boundary to love.

Seattle, WA -- (SBWIRE) -- 03/21/2013 -- Many incarcerated individuals struggle to the grave with the stigma and stereotypes society places on them. However, a moving and compelling new book by Elise Blaine chronicles the uplifting, sexy and inspiring journey of one prisoner’s interactions with a woman willing to overlook his past.

Told through their real written correspondence, ‘Letters from Lane’ is resonating with readers around the world.

This book shows the inside of a man at rock bottom, who has absolutely nothing to look forward to in life; he is lost, irresponsible and suffers from alcohol and drug addiction. Lane falls in love with Angel even though his life is worthless, and she is an amazing beautiful woman, one of a kind and loves him back regardless of his poor choices in life.

Angel is successful, pretty and out of Lane’s league, but she falls in love with his honesty. Lane and Angel become sexually turned on by each other and explain in detail their fantasies of one another.

As the author explains, her book demonstrates the sheer power of lust and its ability to change anyone’s outlook on life.

“Containing real letters, my book tells the emotive story of an inmate’s transformation from being mostly incarcerated to wanting to change his entire life around, all because one woman overlooked his failures and saw him for who he truly is,” says Blaine.

Continuing, “Themes include inspiration, love, sex, and how one woman can change a man’s entire future.”

“This sex is real, raw and hot. It’s not dragged from the mind of the author or inspired by any existing works; everything was extracted from the actual letters between Lane and Angel. It’s certainly an intimate insight into the unshakable bond between two people in love,” she adds.

With the book’s popularity increasing, interested readers are urged to purchase their copy as soon as possible.

About the Author: Elise Blaine
Elise Blaine is a very down to earth person, who obtains an uplifted spirit by making a difference for people through her knowledge and writing. 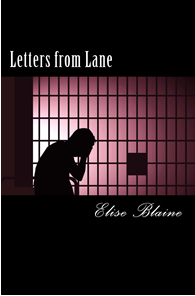