Like a Little Mockingbird, Natalie Major Sings out on Her Latest Album

With a gentle, yet fiery voice, solo artist Natalie Major sings with all of her heart and soul on her upcoming album, Little Mockingbird, and her single “The Rescue.”

Las Vegas, NV -- (SBWIRE) -- 06/06/2014 -- There’s a delicate sweetness about Natalie Major and her soft, impassioned voice as it overlays simple, driving pop melodies. She creates a sound that exudes a dreaminess and fervor that can be felt in her originals and covers alike. This sound will come forth on her upcoming EP, Little Mockingbird, set to release this summer alongside her first single, “The Rescue.”

As a solo artist, particularly a vocalist, Natalie has drawn from a number of musical influences, ranging from pop artists such as Sia, Coldplay, and Adele to writing styles like Daughter, Bright Eyes, Ben Howard and many more. Her lyrics are inspired from a desire to inspire others along with her own personal battles she’s gone through in her life.

Natalie made waves in her fan base with her first recorded single, “The Rescue,” (2014), and she now intends to build on that foundation and share an even deeper side to her music and emotions via her upcoming EP, Little Mockingbird, set to release in July 2014.

This promising solo artist has already earned recognition from various contest judges in addition to her fans and critics. In October 2011, she won the Ourstage Artist Access competition, the reward for which was a mentoring session with Bruce Tyler, former VP of Sony, in New York City. She was also a finalist in the 14th Annual Great American Song contest out of 1,500 writers from 45 different countries.

Her music has also been selected for media placements, such as a Lil Wayne/Mountain Dew documentary, NBC’s “The Voice” and an independent documentary called Positive Youth.

Natalie will enjoy still more recognition when her track, “The Rescue,” is showcased on WiFi PR Group’s upcoming compilation, Indie Anthems Vol. 6, a collection of international independent talent that WiFi PR hopes to get on the radars of music lovers and industry tastemakers the world over. Set to be released at Toronto’s NXNE in June 2014, the digital mixtape will be handed out on 3,500 download cards to festival attendees, and 1,500 more download copies will be made available via the Indie Anthems Bandcamp page.

Natalie currently does not have any shows lined up in the near future, but fans can keep an eye on her Facebook and Twitter profiles for future announcements.

In the past, as she’s lived in both New York City and Los Angeles in the last five years, she has been able to perform at venues in both music scenes, including such venues as The Bitter End, Rockwood Music Hall and Room 5.

Natalie’s music is available for purchase on iTunes, Amazon and Google Play. Listeners can also tune into Spotify and many other online music streaming platforms, such as Rdio, Rhapsody and Xbox Music.

She has also released videos on her YouTube page, including “The Rescue,” a cover of Latch’s “Disclosure feat. Sam Smith” and a cover of Kendrick Lamar’s “Swimming Pools,” among others. 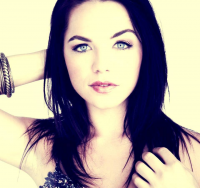