"Living Single and Living in Different Spaces in the 21st Century" with Dr. Bella De Paulo on Psych-Up Live

In this show, Harvard trained social psychologist, Dr. Bella De Paulo draws upon her two important books, Singled Out: How Singles Are Stereotyped, Stigmatized, and Ignored, and Still Live Happily Ever After and How We Live Now: Redefining Home and Family in the 21st Century. She invites us to look beyond cultural constraints to consider that the choice to live single or to live married or single with children in new and unexpected arrangements is an increasing and positive life option.

Phoenix, AZ -- (SBWIRE) -- 03/30/2016 -- This show looks beyond the implicit norms and social expectations that lead most to believe that happiness equates to finding someone, getting married, buying a home, having children and going on into the sunset. The reality is that not everyone does this and surprisingly they are actually happy. Considered by Atlantic magazine to be "America's foremost thinker and writer on the single experience," Dr. De Paulo uses shocking and at times humorous examples from her own life and that of celebrities to consider "Singlism" - the unspoken cultural bias and myths about Singles. De Paulo then shares the story and journey behind her new book How We Live Now: Redefining Home and Family in the 21st Century. She reports on her journey across the country interviewing hundreds of single and married people ages 19 to 91 living in non-nuclear family arrangements with great success.

A forerunner in what she calls "Lifespace Literature," Dr. De Paulo shares stories of people living in different life arrangements, from the women who live together like the Golden Girls to families whose living arrangement re-creates a village with a common room for a shared weekly meal. What she shares with Host, Suzanne Phillips is the discussion of her new book, "How We Live," is the increasing ability of people of different ages and in different relationships to redefine home and family in the 21st century.

Listen to "Psych-Up Live" every Thursday at 11am PT/2pm ET on VoiceAmerica's Variety Channel. This show turns up your perspective on life. With a wide variety of guests, Host Suzanne Phillips invites you to consider how we live, love, learn and laugh from a psychological perspective. She explores our relationships from dating to marriage to our special bond with pets. In a conversational style, Suzanne and her guests translate the latest in psychology to exemplify ways of coping with trauma, bullying, loss, illness, depression and anxiety. She engages her guests with questions, often voicing her own thoughts or sharing related stories. What is particularly exciting about Psych-Up Live is the opportunity for you to call in with your own stories, questions and opinions. Psych Up Live captures your attention as it considers life issues that will intrigue and inform you each Thursday at 11 AM Pacific Time, 2PM Eastern Time on the VoiceAmerica Variety Channel.

About Dr. Suzanne Phillips
Dr. Suzanne B. Phillips has been a practicing psychologist, psychoanalyst, group therapist and professor for over 30 years. She is the co-author of three books and over 40 articles and chapters. Most recently, she co-authored Healing Together: A Couple's Guide to Coping with Trauma and Post-Traumatic Stress. She has written and presented on a wide range of topics including couples, marriage, divorce, trauma, teens, pets, midlife, military, managing stress, infidelity, resilience, bereavement and family issues. Her work has been recognized with awards such as The Suffolk County Psychological Association Psychology of the Year Award, The Rutgers University GSAPP Lifelong Distinguished Achievement Award, and The American Group Psychotherapy Association Social Responsibility Award. She also gave testimony before Congress for the needs of military families. Suzanne is a weekly blogger for Psych Central with over 250 original blogs. She has also blogged for This Emotional Life on PBS, has appeared on television programs such as Fox 5 Good Day New York and Good Day Street Talk. She has been a radio guest on many shows including Kelly Connor's Real Women on Health, Military Mom Talk Radio, Tom Matt's Boomer Rock and NPR. Since 2013, Suzanne has hosted Psych Up on CoSozo online radio and on WMIQ 1450 AM in Michigan. Her current show, Psych Up Live, airs globally on VoiceAmerica.

About Dr. Bella DePaulo
Dr. Bella DePaulo is a Harvard trained Social Psychologist. She is the author of Singled Out: How Singles Are Stereotyped, Stigmatized, and Ignored, and Still Live Happily Ever After, How We Live Now: Redefining Home and Family in the 21st Century, and other books. She also writes the "Living Single" blog for Psychology Today and the "Single at Heart" blog for PsychCentral. Atlantic magazine described Dr. Bella DePaulo as "America's foremost thinker and writer on the single experience." Dr. DePaulo has discussed single life on radio and television, including NPR and CNN, and her work has been described in the New York Times, the Washington Post, the Wall Street Journal, USA Today, Time, Atlantic, the Economist, the Week, More, the Nation, Business Week, AARP Magazine, and Newsweek, among others. Bella DePaulo has also written for the New York Times, the Washington Post, the Guardian, Time magazine, Forbes, the Chronicle of Higher Education, and others.

Singled Out: How Singles Are Stereotyped, Stigmatized, and Ignored, and Still Live Happily Ever After

How We Live Now: Redefining Home and Family in the 21st Century

If you have any questions about the show or would like to inquire about advertising, please contact Tacy Trump, Senior Executive Producer of the show at 480-294-6421 or tacy.trump@voiceamerica.com 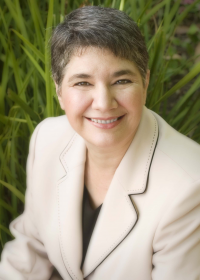