L.K. & Sons Draws Inspiration from Some of the World's Most Unique and Amazing Staircase in the World

L.K. & Sons, a staircase builder in New York, has gathered inspiration in some of these world’s most fascinating and historical staircases.

It’s amazing how in centuries, people has invented ways of showcasing talents via stairs. We have to brace ourselves as we get amazed by the world’s most unique and most astonishing staircases worldwide!

Engineer Jürg Conzett and his colleague Rolf Bachofner designed the bridge over the Traversinertobel which is a side valet of the Via Mala. The goal of their design is to connect two different elevations over the ravine with a use of a staircase. Replacing a rope bridge for hikers that was wiped out by a rock slide, Conzett’s and Bachofner’s innovation spans a distance of 56 metres with a height difference of 22 metres between two ends.

The Grand Staircase of the Grand Queen Victoria Building of Sydney, Australia was designed by George McRae in 1898. It was built on a shrine to the long monarch sovereignty where construction was difficult at that time during the stern recession of Sydney. It was indeed a worthwhile project which was an elaborate Romanesque structural design employing the hard work and ingenuity of Sydney’s stonemasons, plasterers, and stained window artists.

In the courtyard of the global accounting firm KPMG in Munich, Germany lies Umschreibung (Rewriting), a well-crafted staircase designed by Olafur Eliasson. Who wouldn’t be amazed with this artwork!

One of the most famous brands in the world today, Apple, has their own share in the world of staircase architecture. When one hears of New York stairs, Apple’s ultra-modern glass staircases would definitely come into mind as these are the centerpieces in their shops. Their staircase design spirals twice to the second and third floors at the West 14th Street Apple Store in New York City and it is considered as the most impressive in all staircases of Apple stores.

In Portugal, they have this popular Lello Bookshop staircase that stands ominous and heavy with steps appearing like two channels pouring and swirling to a single point. The sides of the staircase give a closer idea of vast curves and frivolous sinking feeling with each step.

Be in awe with the well-designed Tupil Stairs in the Queen’s House in Britain. The Tulip Stairs is called such because these are stylized flowers in the wrough-iron banisters that are in fact fleurs-de-lis, an emblem of the Bourbon family of which Queen Henrietta Maria (wife of Charles I) was a member. The remarkable photo taken on June 19, 1966 which had Rev R.W. Hardy took was taken on the said staircase. It became controversial as when it was developed, there appeared to be two or three shrouded figures on the staircase.

L.K. & Sons, a staircase builder in New York, has gathered inspiration in some of these world’s most fascinating and historical staircases. Anyone who wants to have a unique and truly captivating home or office staircase must contact them to experience having custom-made staircase that takes the original vision to new heights!

About L.K. & Sons
L.K. and Sons was founded in 1995 by Lulzim Kupi, who mastered the trade after immigrating from Albania to Queens NY in 1990. Now, 19 years later, it has grown to 8 master craftsmen, including Drin and Mem, the sons of Kupi.

Building customized hand-crafted stairs for architects, construction companies, and private owners across the tri-state area, our clients experience the benefit of our ability to deliver on large-scale projects while still maintaining the collaborative nature of a family-owned business. Our experience shows in the details of our work, done with the greatest precision, and the high quality of the materials we use. Nothing is overlooked and no shortcuts are taken. The finished product is a unique and custom-made staircase that takes the original vision of our clients to new heights. 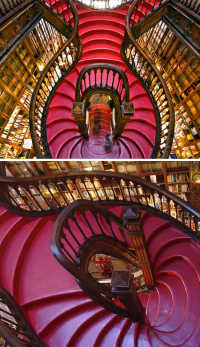 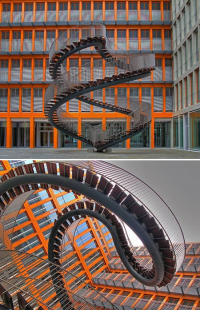