Lloyd Veezy Goes to the Bedroom with His Seductive Lyrics

Basehor, KS -- (SBWIRE) -- 02/05/2016 -- Anticipated urging of the night bloom awaits the release "In Her Room" which has just been released from South African native and Not Only Street Recording Artist Parfait Koumba aka Lloyd Veezy.

"In Her Room" is Lloyd Veezy's debut album released with the label. This captivating album scorching with seductive overtones of the deepest form of love – the infatuation one feels with the love of their life. The album's highlights include the slow build up that is infused with hip hop and the layers of vocal harmonies.

Lloyd Veezy also has releases of several mixtapes which includes Luis Rich (Lost Demo), the Dat Blue Tape one in which was hosted by the Hysteria Mixtape Series and released as LV.

In Her Room a self-produced R&B album containing the singles "In Her Room" & "Man Of The Weather" as well as "Poetry" "XO" and several other sultry hip hop soul tracks and also heartfelt street combinations with soulful unction's of a changed past.

Always on his A-game, Lloyd Veezy is a constant reminder of just how hard work, dedication and focus can be, in a musical style perfected by his influence of Boyz II Men.

"Lloyd Veezy" is currently working on collaborations with J Ice another label mate the group and other artist on Not Only Street Records' which shall be various features and genres promoted and released by the label.

About Lloyd Veezy
Lloyd Veezy (born March 21, 1994) a vocalist and music producer born in Gabon, Libreville started his interest in music when he was 6 year old while his older sister was a gospel singer as he played piano in his sister's band. Lloyd plays two instruments which are piano and guitar, his music influences are artists such as Frank Ocean, Boyz II Men, Chris Brown, Marvin Gaye and H-Town.

LV has worked with many talents throughout the South African region some which names include but are not limited to: Calee, Tumelo, Zee Branca, Johnathan who is one of the dopest singers in Johannesburg.

If you are a music enthusiast who likes to hear new upcoming artist who really put in the work and not just a typical usual you should listen to "Man Of The Weather", "In Her Room" and "Queen You Are".

Be sure to leave your comments and reviews so that we can consider the response of our fans and listener's which is.

Lloyd Veezy is now scheduling show dates and concerts planned for June 2K16 along with his manager dB Heard and Creative Amusement Talent Agency for tour support with semi national tour dates to be announced!

You can read and review articles on Lloyd Veezy in Fuzionz, Rhythmic Lounge, Paste, Dope Souf, The Examiner and Making It Magazines. You may also hear his live interviews on KJag, Dope Souf, Sparkx and Not Only Street Radio.

If you are a promoter, journalist and or radio station and would like to know more about the artist Lloyd Veezy, license his music or schedule an interview, please contact: dB Heard notonlystreetar@gmail.com 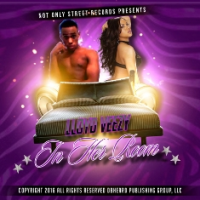