Zagreb, Croatia -- (SBWIRE) -- 08/09/2013 -- Bass player and composer Luka Veselinovic is pleased to announce to the media and the public the online release of his debut jazz fusion album "Magnetic Whale" by Veselino Jazz Project . He comes from the City of Opatija, and he is currently living in Croatia’s capital, Zagreb.

Bass Guitarist and composer Luka Veselinovic has carved his own unique space in the world of music. His transcendent sound reflects his eclectic background. Veselinovic’s influences reads like a who’s who of jazz greats, including such luminaries as Miles Davis, Dave Holland, Pat Methany, Richard Bona, Esbjorn Swenson, Wayne Shorter, to name a few. A professional musician for more than 10 years, Veselinovic has played with dozens of croatian and international jazz musicians but proudly announces his first project and album as a lead musician and composer : Veselino Jazz Project , The "Magnetic Whale".

Album Magnetic Whale features Veselinovic playing bass guitar with some of the finest young musicians from the Berklee College of Music. They recorded five of his original compositions, inspired by contemporary jazz and world music. Originally from Croatia, Veselinovic re-harmonized a traditional Croatian Folk Song, "Opatijske Ostarije," and is proud to premiere this work on the album as well.

The album is inspired by the peaceful sounds of Esbjorn Swenson Music, Pat Metheny, Wayne Shorter melodies, and “Weather Report” Energy. It combines vocals with melodies that give the songs more atmosphere and softness, while contrasting that with the rhythm. There are also lyrical and slower melodies that create a harmonic contrast with a busier rhythm. Veselinovic played electric bass on the whole album, but more in the style of upright bass. So, it is an electric jazz sound with an acoustic approach.

Veselinovic talked about this interesting and creative mix, “This combination of modal melodies, traditional jazz swing and even eights feel gives to his compositions contemporary musical pulse."

The album releases online on July 17th and will be available for digital download on Itunes; and on Amazon mp3.

About Luka Veselinovic
Luka Veselinovic lives in Croatia, Zagreb, is a professional musician, bass player and composer who has been in the Jazz music for the last 10 years. He has worked and collaborated with many Croatian and international Jazz musicians and performed on many music festivals as well. Also, he has played significant roles in many musical projects and ‘Magnetic Whale” is his first album as a leader. 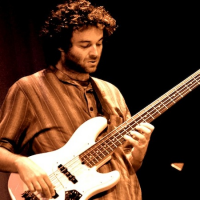 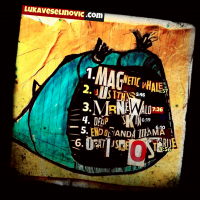