A New Tablet Brings More for Less and Gives to Children

The LUX Tablet, with its 2K screen and dual core processor, is bringing a tablet that rivals Apple’s iPad, except for a smaller price tag. As a bonus, they’re ready to give tablets to a local Children’s Hospital.

Los Angeles, CA -- (SBWIRE) -- 06/18/2013 -- Presently, the tablet market is overrun by the line of iPad’s that Apple has put out. There are also tablets in the $100 range that are made by many different manufacturers, as well as knock offs that are of the poorest quality out there. There’s a major gap in between the iPad and the android tabs that hasn’t been bridged yet, so it’s either one or the other.

But the LUX tablet aims to change that. Possessing nearly the same specifications as the iPad, except running Android as its OS, the LUX tablet is the true best of both worlds. With several different levels of the tablet ranging from simple reading tabs to full blown tablets that can replace your home PC, the LUX tab seems to be the new deluxe tab.

They’re currently running an IndieGoGo campaign to raise money to take the tablet to the RetailNOW trade show in August. According to the campaign page, they have already manufactured the tablet and have actual models. In fact, the campaign owner, Kent Hall, actually encouraged folks to drop by if they’re in the Denver area to take a look at the tablet, stating “This isn’t a pie in the sky dream. We have the proof in hand”. He also encourages people to watch the campaign’s video as it truly offers an in depth explanation of the product and what they’re needs and expectations are to take the LUX tablet to the next level.

The campaign has a $10,000 goal with nearly $1000 laid out so far. They’re also adamant about donating some tablets to a local Children’s Hospital, so they’re hoping they can overshoot their goal to make that possible.

The LUX tablet is sincerely the tablet that’s going to be a game changer in the tablet world. It’s a perfect marriage of hardware and software to produce the perfect tablet at the perfect price.

To donate to LUX and learn more about the tablet, check out their IndieGoGo here: http://www.indiegogo.com/projects/help-us-make-a-tablet-and-give-some-to-charity 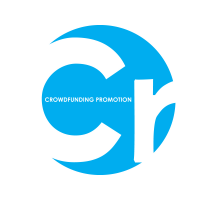