Bamenda, Cameroon -- (SBWIRE) -- 05/15/2014 -- Materializing its organizational goals towards fostering peace and a conflict-free world, the Modern Advocacy Humanitarian Social and Rehabilitation Association (MAHSRA) NGO in Consultative Status with the United Nations Economic and Social Council - ECOSOC [2013] publishes one of its research and working paper initiative towards Global Peace and Development titled: MODERN TECHNOLOGY AND CONFLICTS

Within the document, the CEO, Dr. Kelly NGYAH illustrates on the paradoxical implications of modern development innovations and marvelous technological achievements, which, though built as ideal elements for human progress, they still at the same time, inflict much misery and suffering upon people.

Furthermore, as a focal intriguing element in modern technological wonders, the cyberspace makes it possible for instantaneous communication and connection between persons, ideas and structures where ever and whenever possible. However, it is very shocking that, though these links are helping to build a solidarity focus between the various concerned elements, there are, at the same time, acting as a medium wherein very strong separatists and discriminatory ideologies become materialized into wide spread violent encounters and conflicts.

As such, in order to highlight where the problematic surfaces, and how a probable dimension of thought could assist in preventing violent conflicts within the medium, the document briefly examines the nature and concept of the cyberspace and its potency in initiating or building on some social deviance aspects. These aspects are further illustrated to harness the potentials of modifying the psychosocial behavioural patterns of individuals, institutions and rules, considered as, conflict instigator elements from an individual perspective and within the international order.

Also, while elaborating on the role it plays in conducting the elements necessary for the growth and development of conflicts, the document also intricate on the use of the cyberspace for counteracting societal ills (conflicts), which however, are known to have been promoted by the same source from the onset.

In continuum of its organizational peace goals, MAHSRA indicates that it is undergoing a series of research works on community conflicts’ intervention schemes and best ways for integrating pragmatic peace policy development and direct peace activity growth within local, national, intergovernmental, and international frameworks. And thus is highly soliciting support from the public.

To support and/or partner with this organization and still obtain a specialized copy of this document this MAIL option is very useful. As well, the subject of the mail should be Modern Technology and Conflicts Partnership

As a point of note, Supporters of MAHSRA's initiatives are also informed that, information on partnership as one of the donors of MAHSRA’s Peace and Development works, may be published on the organizational website as it becomes necessary. As such, there is need to confirm in writing to MAHSRA, if a supporter's name should be included and/or published within the organization’s funders’ bulletin.

MAHSRA BLOGS presents you with more major titles and publications of MAHSRA
The Discussion Forum for this piece is spotted at: MAHSRA FORUMS 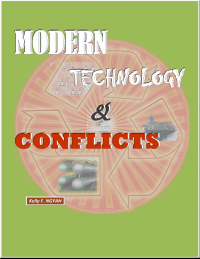