New York, NY -- (SBWIRE) -- 09/24/2014 -- The recent "Malan Breton a Journey to Taiwan, the Heart of Asia" Spring 2015 Men's and Women's Collections show that was held on September 6, 2014 at Mercedes Benz Fashion Week at Lincoln Center was the center of attraction to the press, and the celebrities.

“Love the Gowns” - NY Daily News
"Malan Breton will not be outdone in pieces and tailoring. With sixty plus looks down the runway and live traditional Taiwanese music to accompany four dancers, Malan Breton was ready to leave his guests in awe. Especially impressive were the tailored suits coming down the catwalk in all exotic colors and patterns. The seamless tailoring did not skip a beat, as blazers, bomber jackets, and trenches all seemed more bespoke than RTW." -NY Fashion Week Live

“The photos have people in tears talking about the Malan Breton show.” -Glasgow Skinner

The Washington Post featuring a gown from the Malan Breton collection, listed it as the number one most stunning picture from New York Fashion week, in their top 15.

The show which was presented by Taiwan Tourism Bureau featured the designs of Malan Breton for Spring 2015, with direction by Broadway’s Luis Villabon. With shoes by Cruyff Classics, KONSTANTINA TZOVOLOU shoes , and Crownhill Shoes. Beauty by Bella Beauty and Christo Fifth Avenue. Also included in the spectacular were Warner music Taiwan, Freida Rothman Jewels, and Blacklace Skin Jewelry.

Malan Breton is one of the 300 most recognized luxury brands in the world, which have been worn by celebrities like Keith Carradine, Nolan Gerard - Funk, Scarlett Johannson, Ariana Grande, and many more. Breton has showcased his designs at the runway show as part of the 2014 Mercedes Benz Fashion Week.

"If there is a visual equivalent of the most euphoric, decadent orgasm, then that is what I experienced for the duration of Malan Breton's newest collection, shown at the Salon at Lincoln Center". The Academy Speaks

Malan Breton recently won the 2014 European Fashion Council "Eirene" Fashion Award, and is also voted by IMDB the 16th most famous person from Taiwan for his work in fashion, entertainment, costume and direction .

The display included exotic, coveted, and never- thought-before designs of men’s and women’s wear with vibrant colors and indigenous fabrics of Taiwan. The fabrics included silks, hand beadwork, and traditonal Hakka prints from Taiwan. With a strong use of colour and fit the Malan Breton spring 2015 collections brought new dimension to the fashion world. Take a journey this spring 2015 with Malan Breton, a Journey to Taiwan: The Heart of Asia.

About Malan Breton
Malan Breton is a Taiwanese-born fashion designer based in New York City. He launched his namesake label "Malan Breton" in 2005. The label "Malan Breton" is one of the top three hundred most recognized luxury brands in the world.The label is associated with menswear, womenswear, outerwear, accessories, and bridal. Breton is also known for his work as a photographer, actor, award nominated TV costume designer, columnist, producer, director, & media personality. Malan Breton is the rated the 16th most popular person in entertainment in the world from Taipei, Taiwan. The 2014 winner of the European Fashion Council “Eirene” award, and a nominee of the 2011 WGSN Global Fashion Award. For detailed information please visit: http://www.malanbreton.com/ 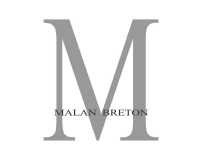 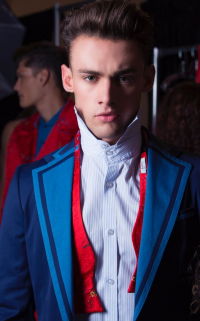