Appled is partly based on a true life story.

It is a romantic story of a surgeon and nurse who met in a medical mission. It is a unique and inspiring love story. The setting was in the Philippines until they had migrated to the United States. Apple was a young nursing student, beautiful, intelligent and talented. She was just sixteen years old when Rick, a surgical resident, met her. Apple was so beautiful she also became an actress. Rick was an intelligent physician but he fell head over heels with Apple. Rick was smitten with Apple the first time he saw her. Read this amazing love story to see what Rick had had to endure to be with Apple. Are they destined to be together? Check out this book at lulu.com and Amazon.com. Type Emborgo in the search field. 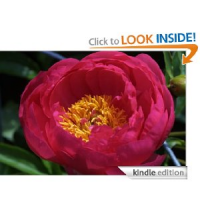