"Danny Danielle" summary: What if you discovered the person who understands you the least, is the person you're most like?

Danny was caught by his mom in her closet., in her clothes…and pearls. Cast out by his family he struggled to reconcile his inside identity, with his outside. At first he tried to squash his spirit with drugs; through care he was able to blossom into the beautiful female he always was, only to return home and discover the person who understood him the least, he was the most like.

Commented Mariya Pyter, founder and director at Magic Hour Productions, Inc., "I think every person deserves to be what they desire to be, because only listening to your inner voice and ac-cepting yourself as is can bring happiness and harmony to your life, that's what "Danny Danielle" film is about. I want thank Executive producers of 48 Film Project Francesco Vitali and Christos Siametis and their Team for such a wonderful event and congratulate my Team with 4 nominations (Best Director, Best Writer, Best Editor and Best Cinematographer) and 2 wins (Best Actress in a leading role and Best Actress in a supporting role)! 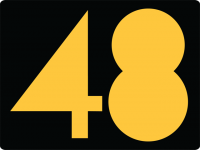 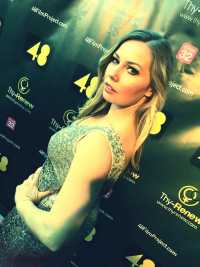